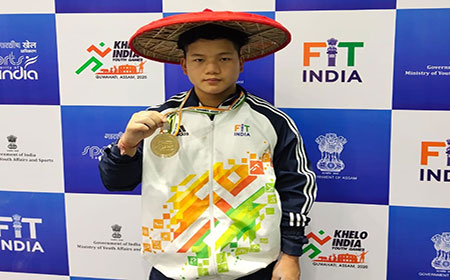 Arunachal Pradesh’s Markio Tario bagged the second gold medal for the State in the U27 Boys 67 kg Weightlifting Competition at the ongoing Khelo India Youth Games 2020 in Guwahati on Saturday.

The 15-year-old boy who hails from Tali village in Kra-Daadi district lifted a total weight of 268 kg to clinch the gold medal.

However, three north-eastern states- Meghalaya, Nagaland and Sikkim- have not yet acquired any medal till now in the third edition of the the Khelo India Youth Games.