Arunachal to go to Lok Sabha & Assembly polls on April 11 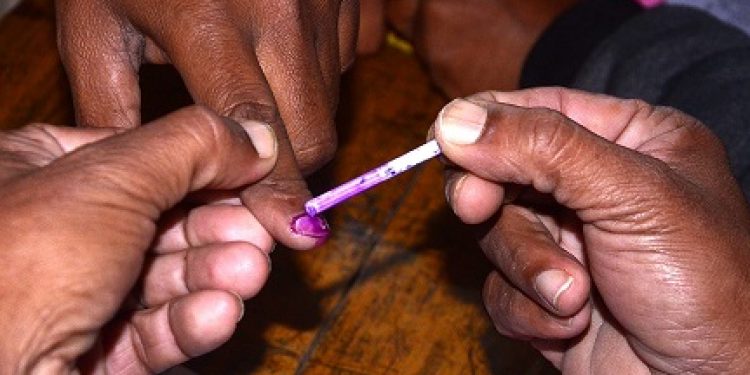 The Election Commission of India on Sunday announced the general election date for the 17th Lok Sabha and the 10th Legislative Assembly of Arunachal Pradesh.

In Arunachal Pradesh both the Lok Sabha and Assembly polls will be simultaneously held on single day and in first phase – April 11, 2019.

Also read: Lok Sabha poll to begin from April 11, counting on May 23

In Arunachal Pradesh, there are two Lok Sabha seats and 60 Assembly seats.

Regarding the polls, the notification will be issued on March 18, 2019.

The polling will be conducted in between 7 am and 5 pm.

There will be 2,202 polling stations spread over the entire state.

Polling station No. 52 SE (Power), East Side, Naharlagun under 13-Itanagar (ST) AC with 1340 voters, has the highest number of electors in the state.

The polling station with least number of electors is Malogam Temporary Structure in Malogam Village under 45-Hayuliang (ST) Assembly constituency with just one female voter.

Polling station No. 18 Luguthang under 3-Mukto (ST) Assembly constituency is the highest polling station located at an altitude of about 13583 ft.

Also, 11 numbers of polling stations exclusively for female voters have been set up in the state, the communiqué stated.