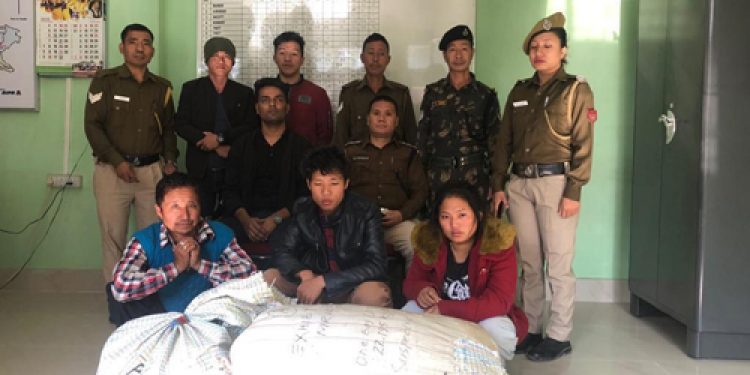 The Capital police on Saturday arrested three persons from various areas of the township in Naharlagun in Arunachal and seized around 30 kgs of cannabis (ganja) from their possession.

Where the contraband was recovered from the house of one Kholie Nanu in Prem Nagar area, the other two accused have been identified as Kholie Tade and Tath Yaro.

Capital Superintendent of Police (SP) Harsha Vardhan said that that the success in seizing such a large quantity of drugs was possible due to regular patrolling which led to some suspicious places being identified.

“The police then diligently followed up on the leads to generate actionable information,” he said while adding that the raid team was led by Naharlagun officer in-charge, inspector K Yangfo and sub-inspector SS Jha.