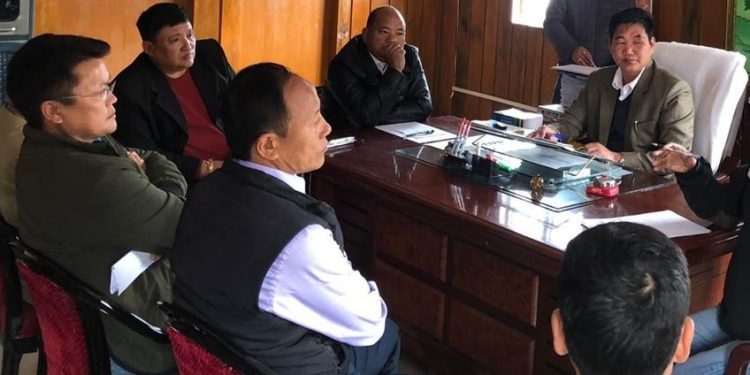 Arunachal Pradesh Legislative Assembly speaker PD Sona on Saturday warned that “absenteeism of government officials will no longer be ‘tolerated’.

Sona said those shirking their duties and responsibilities would be ‘seriously dealt with’.

Addressing a coordination meeting at Mechuka, Sona, while taking serious note of absenteeism among the government officials in the newly created Shi-Yomi district, directed the administration to issue show cause notices against the erring officers and employees.

The speaker also expressed grave concerns over the reported law and order issues in the township.

Sona, who is also the local legislator,  urged the administration and police to conduct regular patrolling at night and directed that anyone found violating law be taken to task.

The speaker said the region should be kept neat and clean at all times.

He called up the administration and departments concerned to ensure that there is no reckless dumping of trash in the township area and asked the ADC to impose fine against the violators.

Stating that the Pasang Sonam Tso (lake), being one of the important tourist attractions of the valley should be opened for visitors, the Speaker urged the administration to take up the matter with Army and ITBP.

The lake presently closed for visitors by the defense stating security reasons.

Meanwhile, to strengthen the administrative activities in the district, the Speaker assured to post one ADC at Tato and a circle officer at Mechuka.