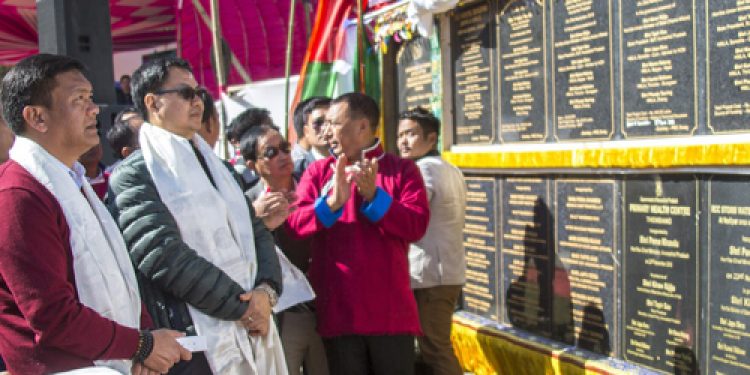 The chief minister also inaugurated the working and unemployed women’s hostel for Dirang, EWS Housing Project at Dirang under RAY, residential schools at Mandala Phudung, Rama Camp, Thembang and one at the vendor’s market at Dirang.

He also laid the foundation stone for office of the executive engineer (E) of power department (transmission division–I) at Dirang, augmentation of water supply to the township, water supply at Chug, Namsher, Nishithang, Barchu and Donglok including construction of 33kv express line from Dirang to Jang.

Addressing a development meeting later in the day, the chief minister said the inauguration of 29 projects is a sign of progress and appreciated the impressive teamwork by public leader and government officers.

He said the team Arunachal government appreciates quality work and will not tolerate any form of corruption.

Khandu said the State government is giving big push for development of all sectors particularly tourism. He said the only focus is now to have good policies and informed that state government is drafting a film and tourism policy. He also said private sectors are investing in unprecedented scale in tourism sector.

He also laid the foundation stone for a tourist lodge at Sangti and Khasso, Community Health Centre (Block – B) of Dirang, PHE and WS division’s office, water supply to old Dirang and renovation, modernization and improvement of T&D system in-charge sub-station of Bhalukpong, Kalaktang, Dirang and their adjacent areas.