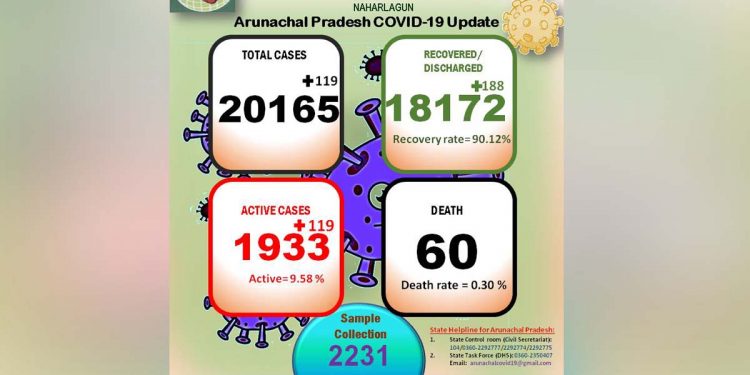 According to the latest Covid19 bulletin, released by the directorate of health services, Arunachal Pradesh, the new cases were confirmed out of 2,231 tests carried out on Sunday.

Of the new Covid19 positive cases, 40 were symptomatic while 79 were asymptomatic.

In the last 24 hours, a total of 188 patients were discharged after their recovery from the disease.

So far a total of 18,172 people have recovered from the disease.

With the detection of new cases, the state’s total positive tally reached 20,165 on Sunday.

The positivity rate of the state stands at 9.58%.

So far, a total of 60 people have died of Covid19 infection in Arunachal Pradesh.