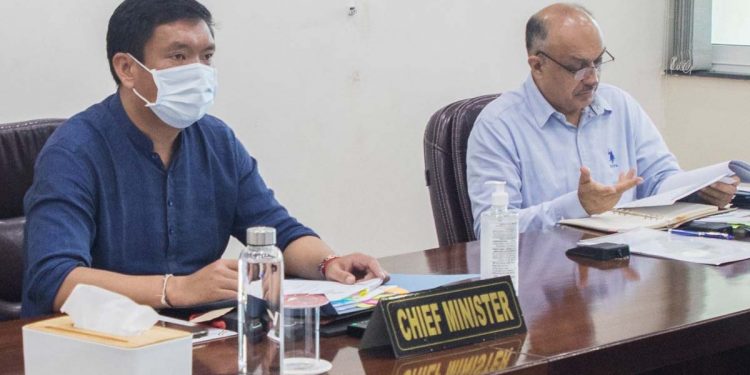 Arunachal Pradesh Cabinet on Saturday approved an ordinance for labour reforms so as to facilitate ‘Ease of Doing Business’ and attract investments in the frontier state.

Besides attracting investments, the move aims to boost the entrepreneurial ecosystem of the state and spur its economic activity.

Under the scheme, an employer can enrol and submit annual returns for self-declaration of compliance of labour laws.

Ordinance for exemption from provisions of Industrial Disputes Act, 1947 and Factories Act, 1948 for new establishments for a period of 1,000 days to boost the entrepreneurial ecosystem and online registration and licensing of 3 labour laws in the state under Ease of Doing Business were also passed during the Cabinet meet.

Secretary to chief minister Pranab Tayal said a notification with detailed information on the ordinance would be issued on Monday.

The policy, once passed in the state assembly, would enable the electronic media of the state to avail government advertisements.

Khandu, who took to Twitter to inform about the same said: “We have today approved #AdvertisementPolicy for ElectronicMedia. Dear young #journalists, work hard and never give up on your dreams!”

The state’s media fraternity has appreciated the initiative.

Reacting to long-pending development, Arunachal Pradesh Union of Working Journalist president Amar Sango said: “We would like to thank the state government for approving the policy.”

“With this, Arunachal has become one of the few states in the country to have a dedicated policy to ensure financial security for the electronic media houses,” said Sango.