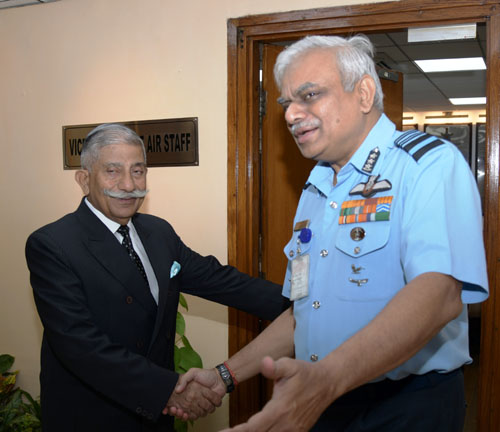 The Governor briefed the Air Marshal about his initiative to form ‘The Payback to the Society Arunachal Pradesh’ group of serving Armed Forces Officers of the State.

Continuing his meetings with the dignitaries in the national capital for the cause of the State, particularly for the youth, the Governor in his meeting informed the Vice Chief of Air Staff that the group of serving defence forces officers, including the lady officers from Arunachal Pradesh, who have on the request of the Governor formed the group will visit schools and colleges in their home State of Arunachal Pradesh and act as catalyst to motivate the youth to excel in life and join the Indian Armed Forces in officer cadre.

The Governor requested the Vice Chief of the Air Staff to spare these officers for a few days a year so that they can visit Arunachal Pradesh for their ‘social mission’ of payback to society.

The Vice Chief assured the Governor that he would positively cooperate with the ‘Payback to the Society Arunachal Pradesh’ group and would be happy to contribute in shaping the future of Arunachal Pradesh youth, in the interest of the state and nation.