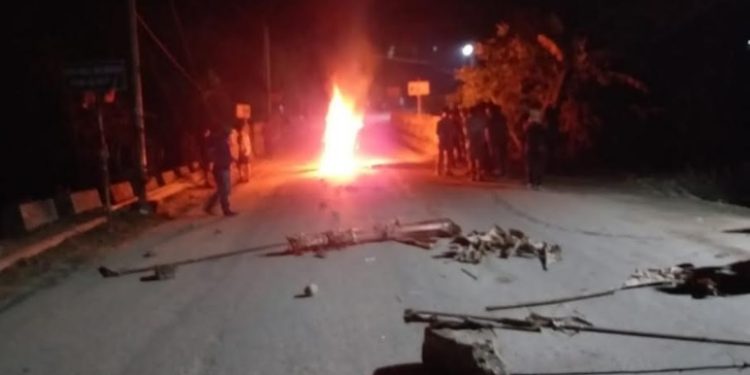 The Army has taken a virtual siege of Itanagar, the capital of Arunachal Pradesh late Saturday after widespread violence escalated beyond control over the permanent resident certificate (PRC) issue.

The Army also staged flag marches in Naharlagun and Chimpu areas to bring the situation under control, following violence by student unions protesting against the government’s move to grant PRCs to non-Arunachal Scheduled Tribes.

Earlier, columns of Spear Corps were moved to Itanagar on Friday night, and deployed to caution protesters.

The forces are prepared to cater to any contingency and assist the civil administration in restoration of essential services.

This prompt action has been able to contain spread of violence.

The Army is prepared to provide all assistance to ensure peace and restoration of normalcy at the earliest in violence-hit areas of the State, officials said.

Meanwhile curfew has been imposed on Saturday evening while prohibitory orders under Section 144 of CrPC has been promulgated at several places across the State.