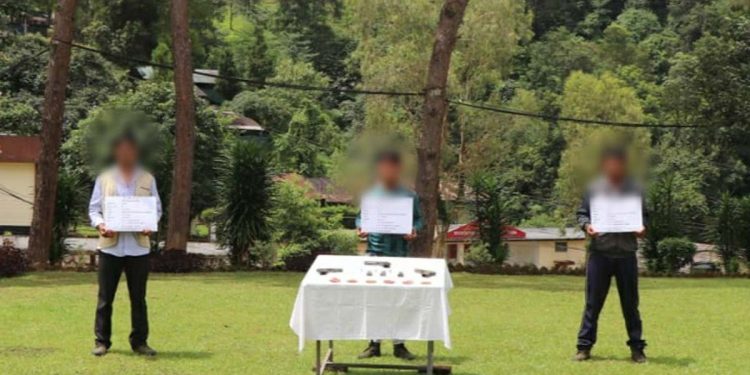 Three hardcore cadres of the United Liberation Front of Asom-Independent (ULFA-I) have been apprehended by security force personnel near Noglo in Tirap district.

According to sources, the ULFA-I cadres were apprehended during an operation launched on Friday as part of the ongoing crackdown by security forces to curb anti-social elements.

“Based on specific intelligence regarding the presence of suspected ULFA-I cadres in the area, the security forces launched an operation and apprehended all three individuals,” sources said.

“The apprehended persons along with recovered items have been handed over to Laju police station at Tirap for further investigations,” sources added.

In the month of June, in a joint operation by Tirap police and 6 Assam Rifles, three hardcore cadres of the ULFA-I were nabbed in Tirap district of eastern Arunachal Pradesh.

The operation was named as ‘Operation Iron Bridge’ by 6 Assam Rifles.