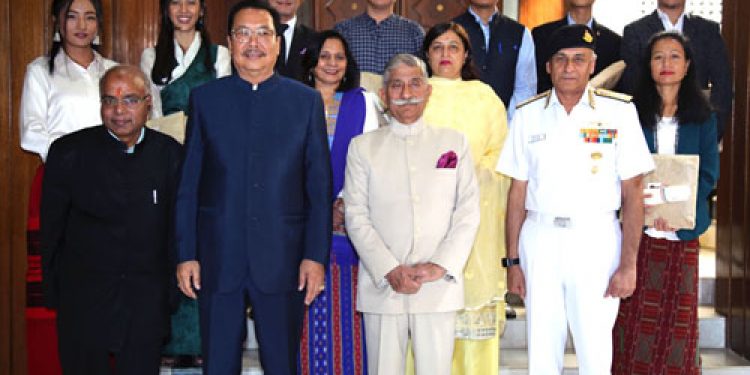 Welcoming the State guest, the Governor said that his visit to the Frontier State of Arunachal Pradesh reinforces the sense of security amongst the people. He expressed his hope that border security challenges of the State particularly on our Northern Borders will be taken care of by COSC.

Speaking on the occasion, Deputy Chief Minister Chowna Mein highlighted on Migration of population from border areas and advocated for expediting the Frontier Road Projects and other developmental programmes.

In his address, the COSC recalled his earlier visits and lauded the people of the State for their culture, simplicity and nationalism. He appreciated the Military-Civil synergy in the State.

He assured that he would take up the issues of infrastructure development in the State with the Central Government, when he returns to the National Capital.