On the last day of 2018, we take a look at some of the most important happenings of Arunachal Pradesh 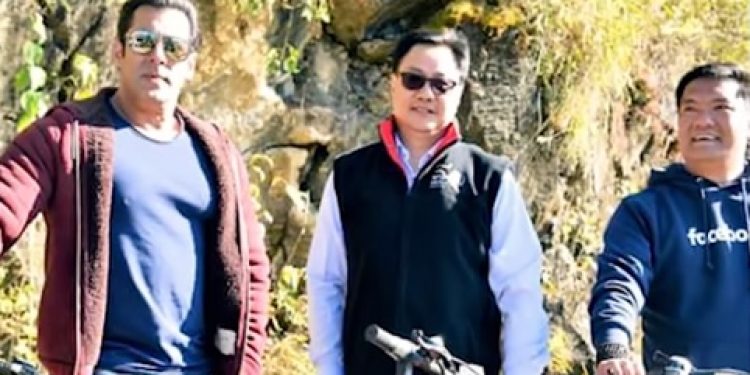 The eastern-most state of Arunachal Pradesh, which always remained aloof from mainstream media, was in news in 2018 because of its colourful festivals and a futile attempt of intrusion by the Chinese Army.

While China continues to claim its ownership over Arunachal Pradesh, people of the state were nervous with the reports of a group of Chinese Army personnel trespassing into the Indian territory in Dibang Valley.

According to reports, PLA soldiers briefly came to the Indian side of the Line of Actual Control (LAC) on July 25, but returned after Indian security personnel objected to it. The government downplayed the PLA adventurism and claimed it was “not a transgression”.

In fact, New Delhi claimed the Chinese army personnel came to the Indian side due to varying perception of the Line of Actual Control (LoAC), the border line between the two Asian giants. Lok Sabha MP from Arunachal Ninong Ering wrote a letter to Prime Minister Narendra Modi about the incident, quoting media reports and inputs given by locals in Dibang valley.

Ninong Ering had reasons to be worried with the PLA’s adventurism at Dibang valley in July because the number of incidents of intrusions by the Chinese Army rose to 426 in 2017 from the 273 in 2016. Just one year ago, Indian and Chinese troops were locked in a 73-day standoff in Doklam.

But, people soon forgot the incident of PLA adventurism, and got engrossed in festivities. The Ziro Festival of Music, a four-day multi-genre Arunachal festival began from September 27, and attracted music aficionados from across India and abroad. The festival at Ziro valley offered a choice of music stylishly curated.

The three-day Tawang festival began from October 26 with varied traditional activities and events. The picturesque hills station of Tawang, home of the tribal Monpas, welcomed tourists with humble respect and extended unique example of hospitality. The festival processions started with a religious tradition known as “Sebang”.

The Buddhist monks of Tawang marched to the festival spot in rallies from the historic monastery, and added unique colours to the festivity.

Almost all the national channels and metro dailies were focused at Arunachal Pradesh when Bollywood star Salman Khan attended the Mechuka Festival.

Along with Union Minister Kiren Rijiju and Chief Minister Pema Khandu, Salman launched the festival by cycling over 10 kms on the hilly terrains. After all, Khan is an ambassador of Arunachal Pradesh tourism. The sixth edition of the Mechuka Festival was a three-day adventure extravaganza, and was organised from November 23 to 25.

The western district of Tawang, was adjudged the cleanest district in Northeast India by the Swachh Survekshan Gramin 2018 survey. The SSG-2018 survey was carried out by an independent agency under the Ministry of Drinking Water and Sanitation from August 1 to 31 in 698 districts of the country.

It was a big achievement for Chief Minister Pema Khandu, definitely the biggest for Arunachal Pradesh, as he is from Tawang district, and represents the Mukto Assembly constituency. An alumnus of Hindu College, New Delhi, Khandu also played an important in making Tawang achieve the tag of first ODF district in the northeast in September 2017.

Pema Khandu-led government took an important decision to revise the upper age limit for appearing in competitive examinations in Arunachal Pradesh. This helped a lot of unemployed youths to try their luck in finding government jobs.

The Arunachal Pradesh government also took an important decision to set up a green-field airport at Hollongi near Itanagar. The project is now awaiting clearances from the Ministry of Civil Aviation.