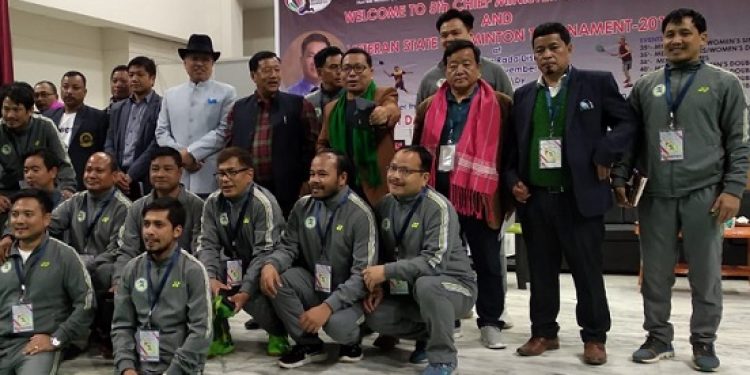 In all, 130 shuttlers from 23 district associations affiliated to the Arunachal State Badminton Association (ASBA) and those from the Capital Complex have taken part in the five-day long event which would complete with its finals being played on November 30 next.

The tournament is being held for men’s and women’s singles, doubles and mixed doubles in the age categories of 35 plus, 40 plus, 45 plus and 50 plus.

Addressing the inaugural function, Minister Gamlin called upon the participants to maintain true sportsmanship and play the game in its true spirit.

The minister urged the youth and school children to play one sport or the other to remain fit and highlighted the job reservation quota the government has in place in all departments for meritorious sportspersons.

He also appealed to the youths to take full advantage such sportsperson-friendly programmes and policies of the State Government.

Local legislator Gojen Gadi in his address as the guest of honor appealed to the youths to take sports as a profession.

Earlier, tournament organizing secretary Toi Basar extended his gratitude to Chief Minister Pema Khandu, Sports Minister Dr Mohesh Chai and the ASBA for their contributions made to make the tournament a success.