All India NRC and the many stands of BJP 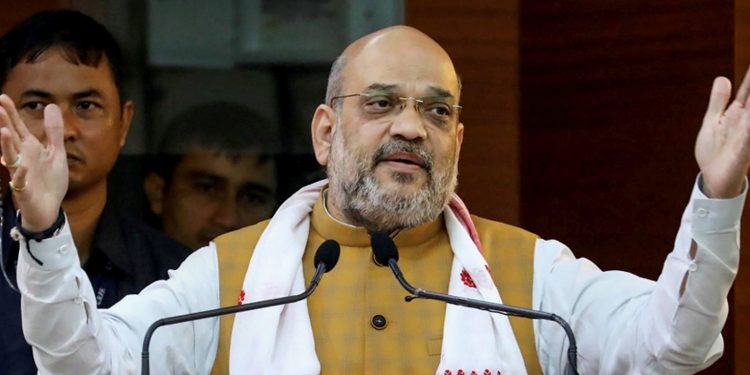 After the completion of the NRC update process in Assam, the government has been sending a message across that this process will be carried out in other states of India as well.

Already there are steps taken to prepare a National Population Register, a database of people who have resided in the same place for the last six months or plan to reside at the same venue for the next six months.

Inclusion in this NPR is compulsory for all and the government is planning to complete it by September, 2020. This will include biometric database of the people and pave the way for NRC in other states.

Despite this the leaders of the party are now pushing for NRC in other states. News started trickling of other state governments like UP and Karnataka governments are all set to build detention centres to detain infiltrators.

More jails in the world’s largest democracy when a large section of population is denied basic rights don’t sound very flattering. BJP leaders like Manoj Tiwari in Delhi, Amit Shah in Bengal are demanding NRC. The situation is such that already a panic is brewing in Bengal and around six people died in different parts of the state.

Mamata Banerjee and Arvind Kejriwal have critiqued this tendency of creating a chaotic situation over NRC. But the ruling disposition continues to believe that NRC is something which will further consolidate its majority vote bank and boost its politics of masculinist nationalism.

However there is an inconsistency in the stand of BJP on NRC. While the party is vying for all India NRC, it was not very happy with the final list in Assam. The situation was such that BJP leaders started questioning the integrity of Prateek Hajela, the state co-ordinator of NRC.

BJP leaders along with some other organisations are again and again stating that while a large number of Hindu Bengalis who entered the state before 1971 have been left out, many people of dubious nature made it to the list.

The party leaders who made a habit of taunting lower Assam districts as a hub of illegal immigrants felt snubbed that most people of these areas have made it to the list.

Amidst such enthusiasm of the ruling party to extend NRC to the other parts of India, it becomes pertinent to ask about the feasibility of such a quest. To start with the NRC was first conducted in Assam in 1951 and not in any other state.

Even in Assam, large parts were left out because of various problems. For the rest of India, this will have to be started from a scratch. Many are pointing out the voters’ list of 1952 can be the base. But one cannot overlook the fact that even the voters’ list left out a large number of people who were later given the right to return under the Nehru–Liaquat Pact.

For Assam the cut-off date was as late as 1971 and even then a large number of people could not provide adequate documentary evidence because documentation was a difficult affair for a poverty stricken illiterate population.

The government seems to not have learned anything from the Assam experience. A large number of Indians were left out due to lack of documents—majority amongst these are non Muslims along with a sizeable number of tribal population.

Some tribes are semi nomadic and have no land documents as such. Also India’s refugee condition is not to be very proud of. A large number of people from neighboring countries are thriving in the periphery. In such a scenario, a nation-wide NRC will only add to the chaos.

The government is hopeful that Citizenship (Amendment) Bill will take care of non Muslims left out of the NRC. This government seems hell bent on taking Jinnah’s two nation theory to its logical conclusion.

For them India is the natural homeland of Hindus and Muslims are the perennial others. But CAB is supposed to provide citizenship to people who migrate to India from Pakistan, Afghanistan and Bangladesh and are victims of religious persecution. Will it cover indigenous tribes who may not be able to prove migration, persecution and inhabitation in India seven decades ago?

In Assam a large number of people mostly women were left out because their documents could not be verified by their state of origin. This shows the condition of documentation in other states of India.

In such a situation is BJP merely pushing forth a populist agenda overlooking its ramifications? A technical process carried out solely on the basis of documents will never deliver what the government expects. The only way out for the party might be legislation on religious lines which will be a blow to India’s secular ethos.

It is tragic that a government conveniently overlooked the reality of a region and its cultural, geographical history while pushing forth its policy. The fact about enclaves and third order enclaves like Dahala Khagrabari – an Indian area within a Bangladeshi area which is again within an Indian area is not taken into account.

The people are themselves unsure where they belong! The way ahead should have been a plausible process of accommodation rather than creating newer boundaries and pushing people towards a perpetual state of homelessness.