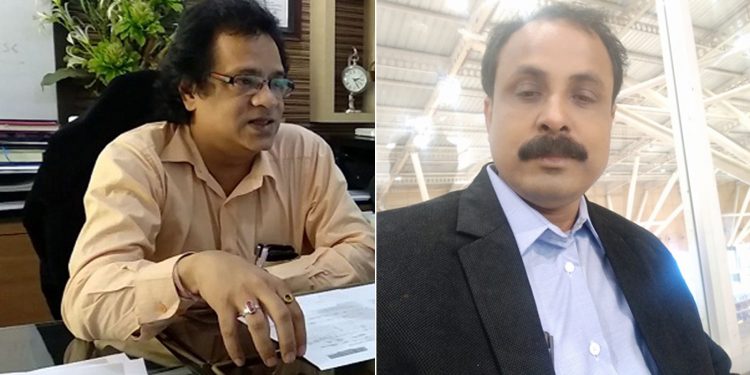 Enraged over exclusion of his name from the final National Register of Citizens (NRC), a resident of Assam’s Dibrugarh, on Wednesday lodged an FIR against NRC State coordinator Prateek Hajela.

Chandan Mazumder, who is a member of the All India Legal Aid Foundation, lodged the FIR at Dibrugarh Police Station.

Talking to Northeast Now, Mazumder informed that he had submitted all necessary documents to prove his Indian citizenship including his family’s 1951 NRC.

Also read: Assam: Over 500 people of Tezpur village did not figure in NRC

“I am a bonafide citizen and my parents settled at Dibrugarh in 1947. But still my name has been excluded from the NRC’s final list,” said Mazumder.

The final list of NRC was published on August 31, 2019 with exclusion of over 19 lakh people.

“I am very much disappointed with the NRC. I am shocked that even after applying with all the documents my name was not included in the final list,” Mazumder said. 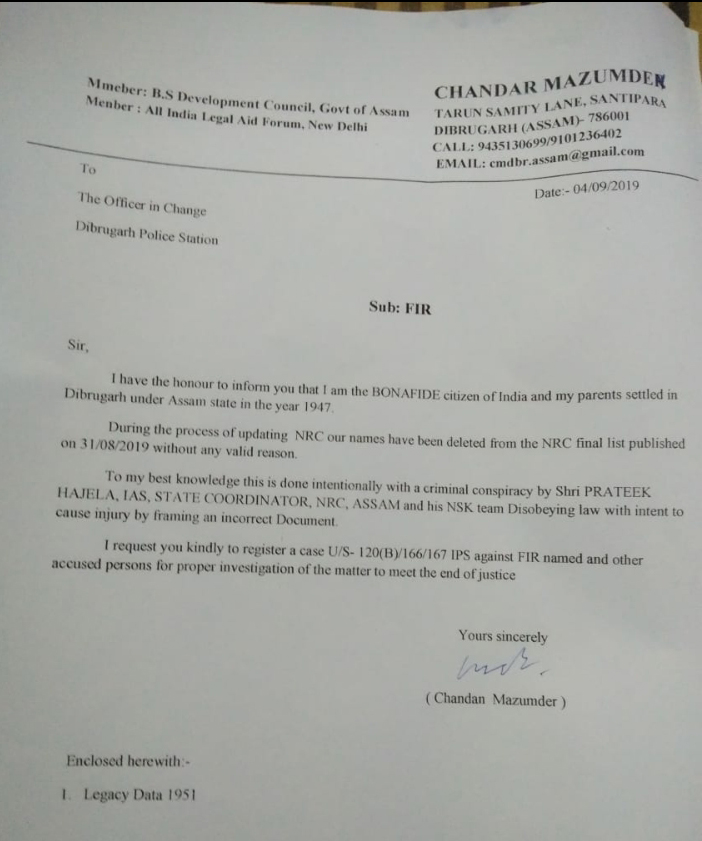 He added, “Due to some inefficient employees and conspiracy, many genuine Indian names were excluded from the list.”

“I went for hearing at Chabua and after submitting all the documents, the officials had assured me that my name would appear in the final NRC.”

“But even after producing all the valid documents my name has been excluded,” an unhappy Mazumder said further.

A case has been registered at the Dibrugarh Police Station under sections 120(B), 166/167 of the Indian Penal Code (IPC).