Tripura Congress leaders, who have resigned from the party, likely to form a new party under Pradyot’s leadership: Dinesh Debbarma 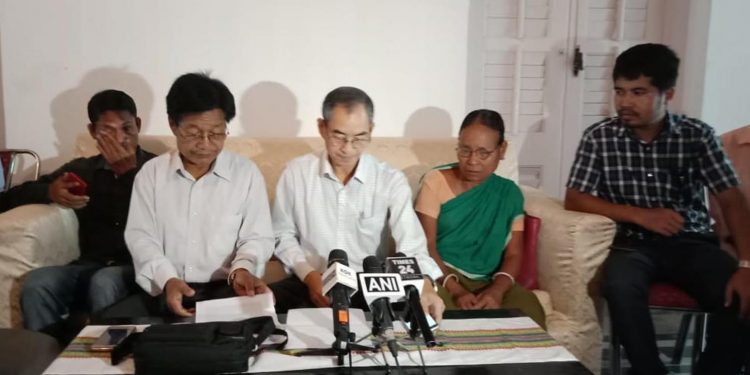 The 9 Tripura Congress leaders including party’s tribal top brass resigned from both their party posts and primary membership of the Congress.

Some of these TPCC leaders held the post of general secretary while some others were secretaries. All of them were working with the Congress ST Cell.

“He always thought about the party and the people of the state. But it is very unfortunate that some Congress leaders labeled him as communal. So, Pradyot resigned from the party,” said Debbarma.

He also said, “As the Maharaja is not in the party, then there is no meaning of staying with the Congress. So, we decided to quit the party.”

Dinesh Debbarma further said they are likely to form a new party in Tripura and “the Maharaja will lead that party”.

In the press conference, all the nine outgoing Congress leaders also expressed their “bitter experience” with Luizinho Faleiro, the All India Congress Committee (AICC) general secretary in-charge of Northeast.

Pradyot Kishore Manikya Debbarma on Tuesday officially announced his resignation as the primary member of the Congress after quitting as the TPCC chief after his bitter relationship with some of state party leaders and AICC general secretary Faleiro.

The Tripura royal scion said, “Some people sitting in BJP and tried to control the Congress in Tripura and general secretary Luizinho Faleiro is listing them and acting as they want.”