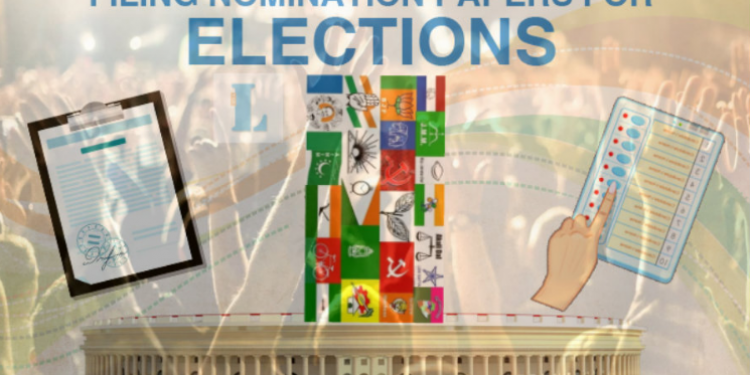 A total of 63 candidates have filed nominations for the third phase of Lok Sabha polls in Assam which will see polling for Guwahati, Kokrajhar, Barpeta and Dhubri Lok Sabha seats in the state.

The scrutiny of nominations is scheduled for Friday and April 8 is the last date for withdrawal of nominations, the officials said on Thursday.