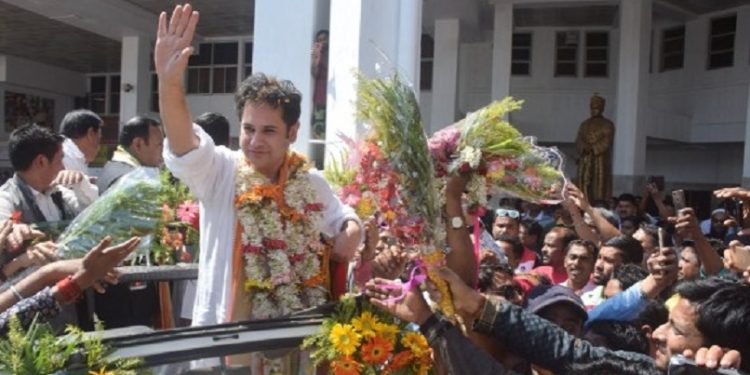 Things are looking glum for Tripura’s regional party and BJP ally Indigenous People’s Front of Tripura (IPFT) ahead of parliamentary elections when in an unexpected turn of events, 400 supporters and activists of the party led by its senior vice-chairperson Kritimohan Tripura joined opposition party Congress on Tuesday, as per reports.

IPFT was formed in 2009 which has been demanding for ‘Tipraland’, a proposed separate state for the tribals living in the state.

However, the vice-chairperson along with other IPFT members said that the regional party leaders had only raised the “Tipraland” slogans but had not done anything to meet the demands of the people of the state.

“The people of the state are confused with the demand for Tipraland and our leaders have cheated us,” said Tripura.

The vice-chairperson said that he now felt such a demand was not practical and had decided to join Congress because the party assured the development of the indigenous people.

Tripura also said that he had struggled with IPFT leaders NC Debbarma, Mevar Kumar Jamatia and others for the past 10 years and was disheartened by the betrayal to the tribal people’s aspirations which eventually led him to part ways with IPFT and join Congress.

The proposed separate state was to comprise the Tripura Tribal Areas Autonomous District Council (TTAADC) areas, which accounts for two-thirds of the state’s geographical area.