Special Bench led by Justice Mishra issues notice to advocate Bains, who alleges a conspiracy to frame CJI in a false case, for personal appearance today 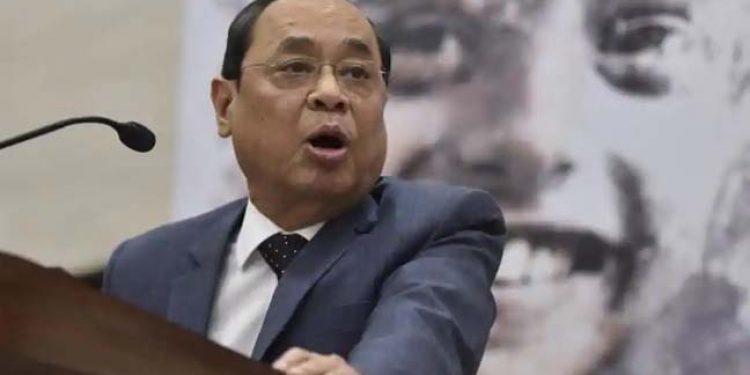 To look into the allegations of sexual harassment leveled by a former employee against Chief Justice of India and Assam’s son of the soil Ranjan Gogoi, a committee has been formed on Tuesday with three judges of the Supreme Court as its members.

The three-member panel of the committee will be led by Justice S.A. Bobde, the No. 2 judge in the apex court.

The No. 2 judge of the apex court, Justice Bobde has taken a central role in dealing with the crisis which erupted on April 20 when several media houses published the allegations raised by the former employee of the top court against CJI Gogoi.

On Tuesday, a Special Bench of Justices Rohinton Nariman, Arun Mishra and Deepak Gupta was constituted by Justice Bobde to deal with, on the judicial side, the suo motu petition titled ‘In a matter of great public importance touching upon the independence of the judiciary’.

As per media reports, the meeting on the formation of the three-member committee continued till late evening on Tuesday.

The morning saw an intense closed-door discussion regarding the formation of the committee till noon before beginning their usual court work.

Quoting a highly-placed source in the Supreme Court as saying that the discussion centred on how to tackle the ‘wildfire’ of accusations directed at the top court.

The source reportedly said during the discussion it was decided that task be immediately taken to contain the damage caused by the allegations to the judiciary and streamline the apex court.

The report further quoted the source as saying that in the long run, the institution would, through a Full Court, evolve a mechanism to safeguard judges from external attacks as well as to fairly look into the veracity of such complaints and allegations against the judiciary.

The woman’s allegations have shaken the whole legal community.

Meanwhile, Special Bench led by Justice Mishra decided to examine an affidavit filed by a Supreme Court advocate Utsav Singh Bains, with information that there was a larger conspiracy afoot to frame CJI Ranjan Gogoi in a false case.

Bains, who filed his in his affidavit on April 22, claimed that he was approached by a man, who identified himself to be a relative of the former apex court employee, and offered money to frame the CJI.

Advocate Bains claimed that he was offered up Rs 1.5 crore to file the false case.

The person, according to Bains, however turned evasive when asked by the advocate to be specific about his relationship with the woman.

The lawyer claimed that he had reliable information that a larger plot was up against CJI Gogoi in which “fixers” were involved in a “cash-for-judgment racket”.

The Special Bench of the top court has issued a notice to Bains for his personal appearance on Wednesday (April 24) at 10.30 a.m.

The affidavit filed by Supreme Court advocate Bains has been made part of the suo motu case opened by the Supreme Court into the sexual harassment allegations.