We are still waiting for the other tea estates to announce their rate of bonus: ACMS 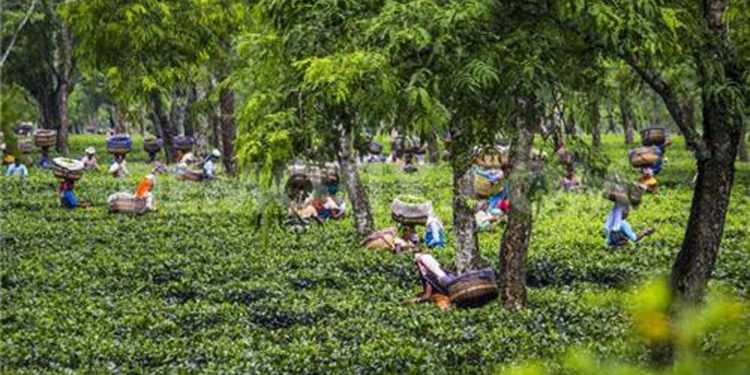 Despite September 5 was set as the deadline for announcement of Durga Puja bonus, only a couple of tea gardens in upper Assam have complied so far.

Till Thursday, only two tea gardens out of the 803 registered tea gardens of the State have declared their rate of bonus.

Meanwhile, following the direction of Chief Minister Sarbananda Sonowal, the State government on Thursday announced 20 per cent bonus to the workers in the tea gardens under Assam Tea Corporation.

This year, Durga Puja will start from October 4 and the ACMS had already issued a circular to its affiliated tea gardens to initiate the bonus payment process.

“We have been demanded for 20 per cent bonus because bonus is an emotional issue for the workers.”

“We have held a meeting and asked all the tea gardens for providing 20 per cent bonus to the garden workers. Till date, no big tea garden has announced the bonus,” Gowala said.

“We are still waiting for the other tea estates to announce their rate of bonus. Like every year, we have sought maximum of 20% puja bonus for the workers.”

“We have asked the tea industry to pay the bonus at least 3 weeks before Durga Puja so that workers don’t face any hassle in making purchases. We want the entire bonus payment process to be smooth and incident-free,” the ACMS general secretary said.

The minimum bonus for tea plantation workers under the Payment of Bonus Act, 1965 is 8.33 pc while the maximum rate has been fixed at 20 pc.

All permanent and temporary workers who have worked for a minimum period of 30 days are entitled to the benefit.

“There is an apprehension among tea garden workers after the announcement by the Consultative Committee of Plantation Associations (CCPA) that the tea industry may not be able to pay more other than the minimum 8.33 per cent due to recession in the tea industry.”

“We have made it clear that anything less than 20% will not be acceptable,” said a leader of the Assam Tea Tribes Students’ Association.