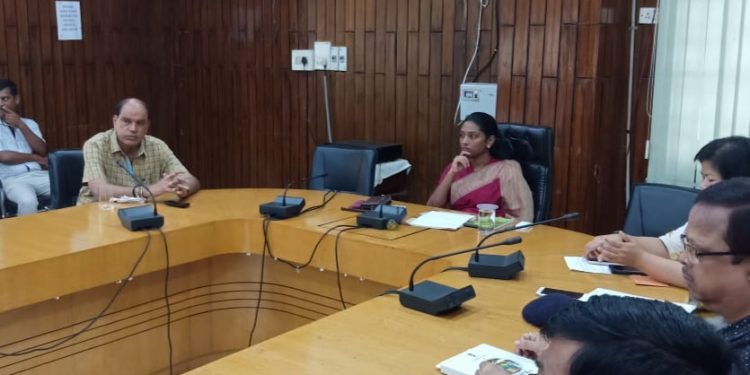 With the puja festivities round the corner, the district administration of Assam’s Cachar had a high level meeting with the tea garden authorities, representatives of Indian Tea Association (ITA), members of Barak Cha Sramik Union and labour officers in Silchar on Friday.

Urging the tea garden management based in Cachar, deputy commissioner, Laya Madduri, said, “The rate for bonus for the forthcoming puja festivities should be declared before September 5 next followed by a distribution of it, in the next fifteen days, to be completed by September 20, as stipulated by the state government.”

The deputy commissioner Laya Madduri, further instructed, superintendent of excise, Sunil Sinha, to carry out regular raids in tea garden areas against the use and consumption of illicit liquor and likewise arrange for awareness campaigns in those garden areas.

Secretary, ITA, Sharadendu Bhattacharjee, informed, “The bonus to the garden labourers and staffs would be paid as per bonus Act and goodwill ex-gratia shall be paid through mutual agreement between the workers and the garden management.”

He added, “Our Mechipur division is running completely and today, around 15 per cent of the garden labourers have started work in Rosekandy division too, which is a good sign.”

“We won’t stop giving our labourers their due puja bonus as we have to follow the bonus Act as stipulated,” said I B Obhedia.

Former minister of Assam and general secretary of Barak Cha Sramik Union, Ajit Singh, who too attended this crucial meeting, speaking to this correspondent said, “We have placed our demands. Consumption of liquor in tea gardens is another grave issue and we have raised our concerns for that in this meeting.”

Ajit Singh, added, “The timely payment of bonus is crucial. We have observed many tea gardens make the payment right when the puja festivities get started and this in turn dampens the spirit of these garden workers.”