If the tea planters remain adamant, law and order situation might arise in the tea gardens: Santiuse Kujur 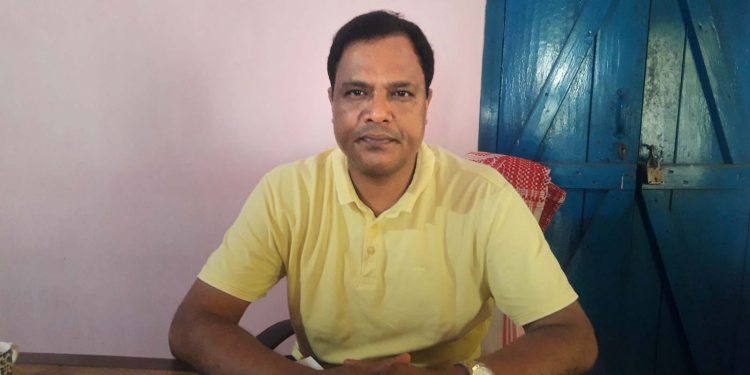 The Mangaldai branch of Assam Chah Mazdoor Sangha (ACMS) has reiterated that the tea garden workers of Assam must be disbursed 20 pc bonus ahead of the Duga Puja.

The ACMS Mangaldai branch had a meeting recently where it vehemently opposed the declaration made by the Consultative Committee of Plantation Associations (CCPA) regarding puja bonus.

CCPA is a umbrella organization for five tea producers’ associations.

The CCPA during a press conference recently announced that that the tea industry might fail to disburse 20 pc bonus to its workers this year and pay only 8.33 pc bonus ahead of Durga Puja.

The working committee of the Mangaldai branch of ACMS had a meeting in this regard.

During the meeting it was decided that the ACMS primary units would submit memorandums to the tea garden managements of 22 tea gardens for disbursement of bonus ahead of Durga Puja.

“The tea planters at any cost must pay the maximum bonus to all its employees,” said the president of ACMS Mangaldai branch, Paban Nayak.

ACMS Mangaldai branch secretary Santiuse Kujur said the planters’ body cannot wash off their hands by merely saying that the industry is going through a rough phase.

“Loss incurred by tea companies cannot be generalised. The tea industry as a whole cannot say they cannot afford because they continue to attract good prices for quality tea,” said Kujur.

“Besides, the plantation workers have always endured hard work and are giving their best. They are at no fault and must receive their due wages and recognition for their labour,” he added.

He also said the Centre must institute a high-powered expert committee to delve into the crisis claim of the tea industry.

“If crisis has been detected after analysis, the government must act accordingly to save the industry as it is one of the largest employment sectors in Assam,” said Kujur.

Kujur said that on the specific matters of wages, bonus and other welfare measures they are not going to compromise.

“If the tea planters remain adamant, law and order situation might arise in the tea gardens,” cautioned Kujur.

The Mangaldai branch ACMS also hailed the decision of its secretary Santiuse Kujur over his decision to switch to the Bharatiya Janata Party (BJP).

“ACMS will never lose its identity and politics and trade unions are distinct and separate entities,” said Kujur.

“We are demanding 20 per cent puja bonus for the workers and the bonus must be announced and paid at least three weeks ahead of Durga Puja so that workers get enough time to do their puja  purchases,” said Paban Nayak.

The minimum bonus for tea garden workers under the Payment of Bonus Act, 1965 is 8.33 per cent while the maximum is 20 per cent.

All permanent and temporary workers, who have worked for a minimum period of 30 days, are entitled to avail the benefit of bonus.