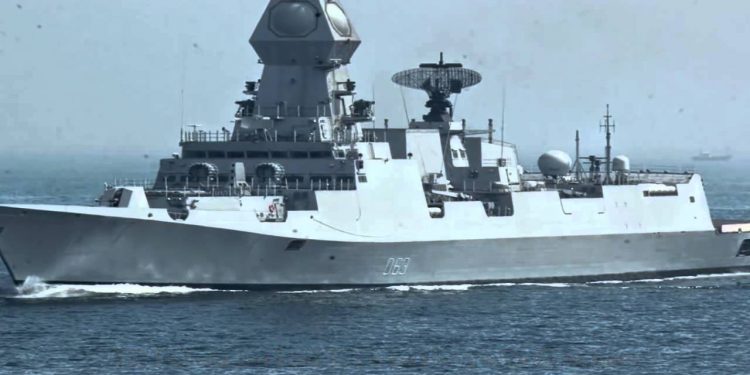 Two Indian Navy warships will take part in an international fleet review off the coast of Qingdao in China next week.

According to reports, the event will be organized to mark the 70th anniversary of the Chinese navy.

The warships known as INS Kolkata and INS Shakti are set to reach China’s coast on Sunday.

Both of the warships will participate in the International Fleet Review (IFR) scheduled to be witnessed by Chinese President Xi Jinping on April 23.

IFR is a parade of naval ships, aircraft and submarines and is organized by nations to promote goodwill, strengthen cooperation and showcase their naval capabilities.

INS Kolkata is a locally built stealth guided missile destroyer of the Indian Navy. It was constructed at Mazgaon Dock Limited, handed over to the Navy on July 10, 2014 and officially commissioned by Prime Minister Narendra Modi on August 16, 2014.

INS Shakti is a fleet support ship of the Indian Navy built by Fincantieri, an Italian shipbuilding company.

India had organized IFR in Vishakapatnam which saw participation of nearly 100 warships from 50 countries.

The review conducted from February 4, 2016 to February 8, 2016, was organized by the Eastern Naval Command of the Indian Navy.