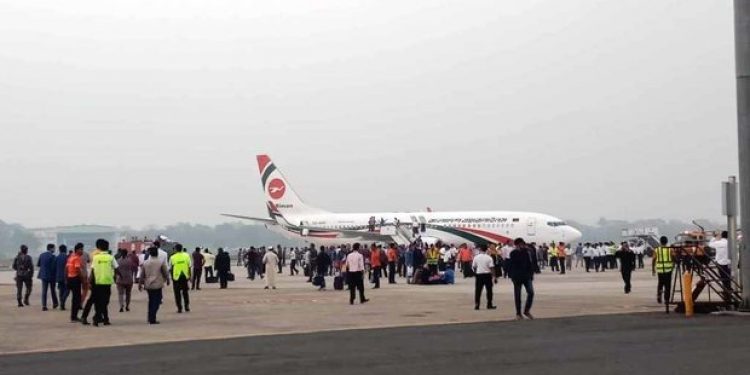 The suspected hijacker of the flight from Bangladesh to Dubai has been shot dead by commandos of Bangladeshi special forces, according to reports.

The suspect, who had allegedly warned of possessing a firearm was killed when commandos stormed into the plane after it made an emergency landing in Chittagong.

All 148 passengers and crew on board the Biman Bangladesh Airlines Flight BG147 disembarked safely.

Earlier reports suggested that the suspect may have been mentally ill and had demanded to speak with Bangladeshi Prime Minister Sheikh Hasina, who was visiting the coastal city of Chittagong.

Staff on board the flight raised alarm after they noticed suspicious movement of the man.

The aircraft was immediately cordoned off when it landed at the Shah Amanat International airport in Chittagong as officers attempted to talk to the suspect.

The flight was originally scheduled to arrive in Dubai on Sunday evening after departing from Dhaka.