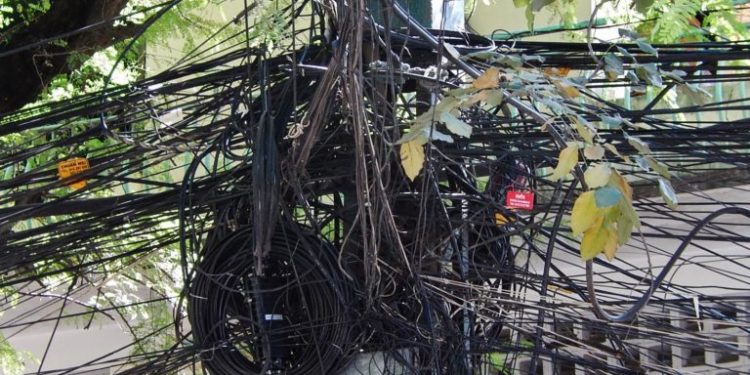 Works have begun to make Nepal an ‘open-wire free’ country and accordingly, Bharatpur, Kathmandu and Lalitpur will be targeted in the first phase of the project.

The government plans to lay the electricity wires underground and will reach every household.

The Nepal Electricity Authority (NEA) informed that the work will be completed in three phases.

The NEA had earlier planned to replace all the open wires with optical fibres.

It was also informed by the NEA that the project will first cover all the three districts in Kathmandu and will then be extended to the other parts of the country.

“Currently, the work to lay electricity wires underground in Ratnapark, Kathmandu and Mahargunj is in the survey stage of the instrument-examination phase,” informed NEA.

“The work is being undertaken by the Indian contractor company AEI Industries, who started the work after receiving funds within the deadlines,” it further added.

In the Kathmandu urban area, the wires providing services such as cable, internet and telephone are found hanging overhead.

“Laying the wires underground will reduce the instances of accidents and will uplift the look of the city, besides ensuring effective supply of electricity,” said NEA executive director Kulman Ghising.