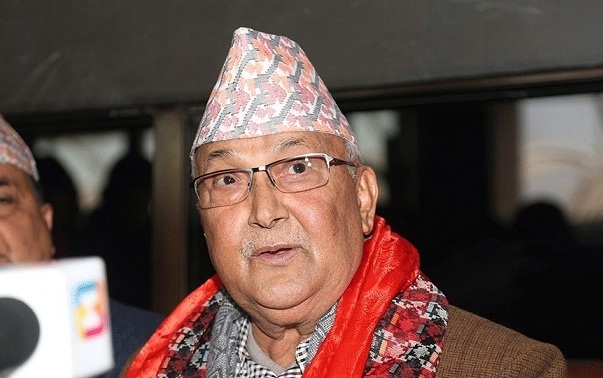 Nepal Prime Minister K P Sharma Oli on Saturday has been urged by senior political leaders of the country to resolve the border issue of Kalapani area with India through diplomacy.

India and Nepal have been at loggerheads after the former released fresh maps showing the Kalapani area as a part of the country.

These fresh maps of India which shows Jammu & Kashmir and Ladakh as two separate union territories were released last week in New Delhi.

Nepal’s senior political leaders, including former Prime Minister Baburam Bhattarai, said Oli should take up the matter with his Indian counterpart Narendra Modi and seek to resolve the matter by forming a political commission.

“The border dispute should be resolved through diplomatic initiative. The Prime Minister should approach his Indian counterpart and seek to resolve the matter by forming a political commission. The issue should be resolved on the basis of historical documents,” Bhattarai said.

Nepal recently hit out at India claiming that the historic Kalapani area belongs to the former and accused the latter of ‘illegally occupying’ its territory.

“The Nepal government firmly believes that the Kalapani is a part of Nepal,” Nepal’s Ministry of Foreign Affairs said in a statement on Wednesday.

However, India claimed that Kalapani has always been a part of India.

“Our map accurately depicts the sovereign territory of India. The new map in no manner has revised our boundary with Nepal,” said Ministry of External Affairs (MEA) spokesman Raveesh Kumar.