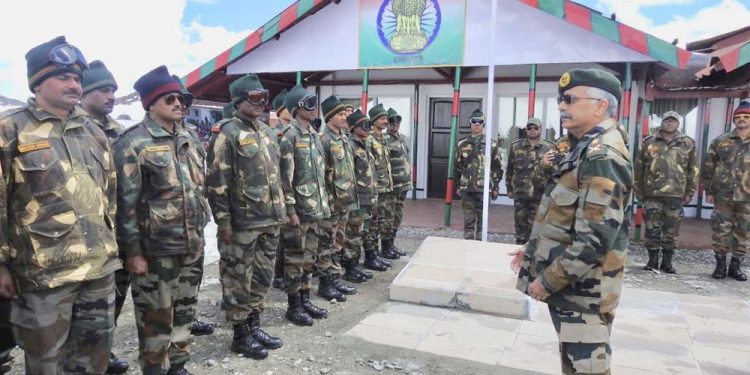 The General Officer Commanding-in-Chief of Eastern Command, Lt Gen M. M. Naravane reviewed the security situation and operational preparedness in the border areas of Arunachal Pradesh from April 24 to April 26.

The General Officer was briefed in detail by all Commanders on the prevailing security situation and operational preparedness along the Line of Actual Control, Konwer said.

During his interaction with troops, the Army Commander appreciated their hard work and dedication in their brave endeavour to safe guard the nation’s border while operating in hostile terrain and adverse weather conditions, the defence spokesperson said.