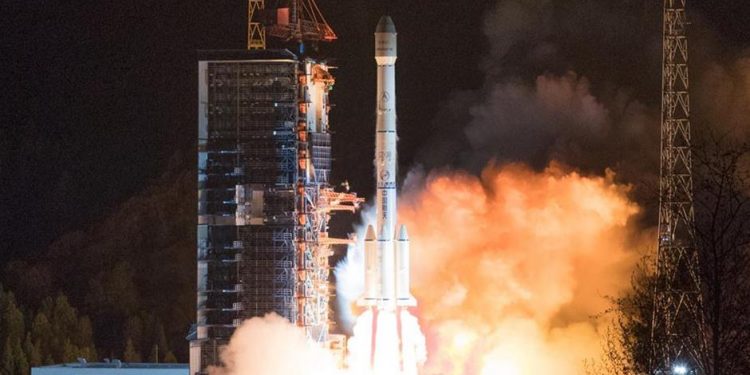 “This is a milestone for China’s space industry development,” said Wu Yansheng, board chairman of the China Aerospace Science and Technology Corp (CASC).

The Long March carrier rocket series, developed by CASC, is responsible for about 96.4 per cent of all launch missions in China, reports Xinhua news agency.

China joined the space club on April 24, 1970 when the Long March-1 carrier rocket launched the country’s first satellite, Dongfanghong-1, into orbit. At that time, the carrying capacity of the Long March rocket was only 300 kg.

On November 3, 2016, China’s current largest carrier rocket, the Long March-5, made its maiden flight, with its carrying capacity reaching 25 tonnes for low-Earth orbit and 14 tonnes for geosynchronous orbit.

The success rate of the 300 launches of the Long March rockets stood at 96 per cent, according to CASC.

From October 1996 to August 2011, the Long March rockets set a world record for 15 years of successful consecutive launches.

A total of 17 types of Long March carrier rockets have been developed and put into use since 1970, ensuring the implementation of a series of key space projects including manned space programme, lunar exploration, BeiDou Navigation Satellite System (BDS) and the Gaofen Earth observation project.

In addition, the Long March carrier rockets also launched a large number of meteorological, resource and oceanographic satellites as well as several innovative science satellites including DAMPE to search for dark matter.

Since the 1990s, the Long March rockets have been designed to be compatible with satellites manufactured in the US, Europe and other countries and regions.