Bhutan set to launch first ever satellite by May next 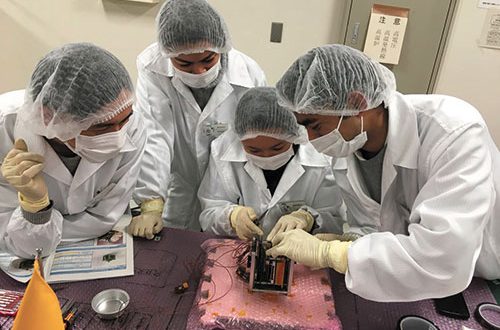 Bhutan is all set to launch its first satellite into space by May next, according to a report that appeared in the Bhutanese daily Kuensel.

The satellite called BHUTAN-1, a CubeSat nano-satellite is expected to be in space within two months as almost 90 per cent of the works on the satellite has been completed, according to the daily.

Four Bhutanese engineers are spearheading the country’s first indigenous venture into space technology at the Kyushu Institute of Technology (KyuTech) in Japan.

Notably among the four engineers, Pooja Lepcha joined the team in October last year who is currently undergoing her masters programme at the institute through a post-graduate study on Nano-Satellite Technology scholarship offered by the institute, the report said.

According to the report, the endeavour that began in November 2016 under the BIRDS-2 project, the engineers along with participants from the Philippines and Malaysia will build three 1U (10*10*10 cm) CubeSat.

The CubeSat will have five key missions, which includes a camera mission that will take images of each member nation of the project from space, an automatic packet reporting system digipeater and store and forward mission which is a message relaying system for amateur users, the Kuensel further stated.

A Single Event Latch-up (SEL) to study the effect of radiation from space on small satellites at low earth orbit; a GPS module that will demonstrate the operation of commercially available low power module in space; and an Anisotropic Magneto Resistor Magnetometer (AMR-MM) to measure the magnetic field intensity on orbit to compare that with the readings taken on earth will make the rest of the mission, the report also stated.

Once launched, the satellite will operate in a low altitude of about 500km to 1,500km. With the help of two high-end cameras fitted on the satellite, it will take high-quality photographs of the country, according to the Kuensel.

Prime Minister Tshering Tobgay in his official Twitter handle had said that the vision for the country’s first satellite comes from His Majesty The King of Bhutan.