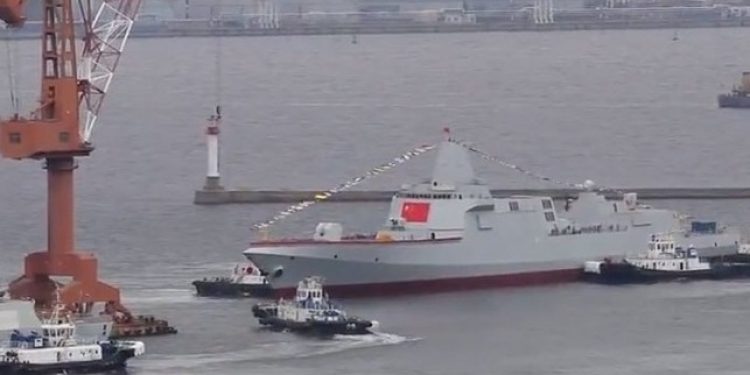 With the launch of these two advanced guided missile destroyers, the total number of such high technology destroyers of China is now 20.

He also said that the two guided missile destroyers will help in boosting the fleet air defence system of the country.

The Type 052Ds have been upgraded with a lot of features from its predecessor, the Type 052C.

It is equipped with weapons and equipment including advanced active electronically scaled array radar systems and 64 vertical launch missile cells.