The report suggests that Bhutan, considered as the Himalayan Kingdom, levies a minimal Sustainable Development Fee on tourists from India, Bangladesh and Maldives 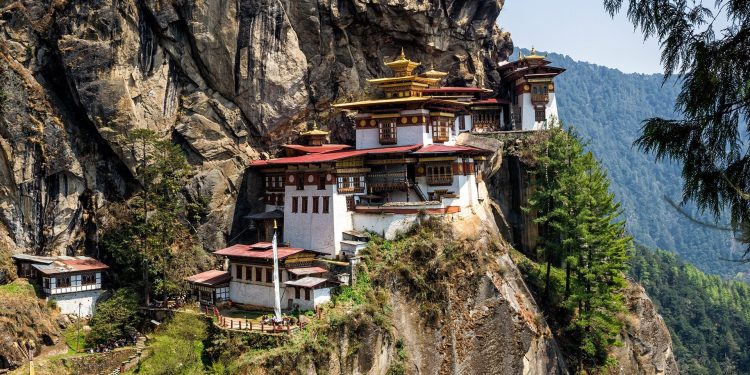 Indian, Bangladeshi and Maldivian tourists classified as ‘regional tourists’ in Bhutan may soon have to pay a small fee to visit the country.

The Fourth Bhutan Pay Commission report has recommended that the government should levy a minimal Sustainable Development Fee (SDF) on regional tourists.

It suggests that the government to start with a SDF of 500 Ngultrums (same rate as Indian rupee) for the ‘regional tourists’.

The report said that since ‘regional tourists’ are visiting Bhutan in droves, the government would earn 425 million Nu (6.25 million U.S. dollars or 4.25 crore Indian rupees) annually if they imposed the SDF.

The pay commission report also asked the government to consider increasing the SDF of 65 dollars currently levied on international tourists (who don’t belong to India, Bangladesh and Maldives), saying this rate has remained static for more than forty years now.

Bhutan tourism officials say they have already been considering a minimal SDF for regional tourists and increasing the SDF for international tourists, even before the Pay Commission submitted its report.

Bhutan values regional tourists because they ensure volume for the sector, especially during off-season.

International tourists tend to visit only during peak season. Bhutan received 71,417 international visitors in 2017 , the highest number of visitors since 2012, according to Bhutan Tourism Monitor 2017 report.

The international tourists’ arrivals grew by 13.8 percent as compared to 2016, while arrivals from the regional market, including India and Bangladesh, grew by 25 percent.

Also, Bhutan is now planning to offer locations to the Indian film industry, which would improve revenues and cement the Himalayan kingdom as a tourist destination for an increasing number of Indians.

This summer, many Indian tourists who cancelled their Sri Lanka bookings after the April 21 suicide bombings turned to Bhutan in large numbers.