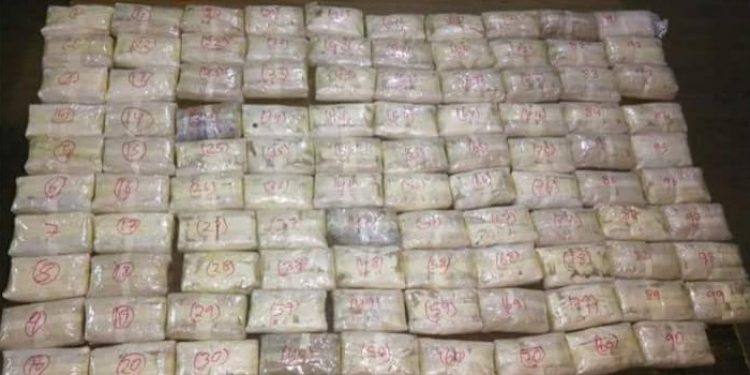 There has been a significant drop in drug trafficking cases in Bhutan’s Samdrupjongkhar district compared to past years.

Only a few drugs-related cases are reported in Samdrupjongkhar and the cases are mostly related drug abuse and not illicit trafficking, Kuenselonline reported.

Police officials said drugs were smuggled into the eastern district of the Himalayan nation from Jaigaon in West Bengal.

Police said the cases of drug trafficking plunged after they formed drugs squad team on June 25, 2018, which conducted door-to-door awareness and installed closed-circuit television (CCTV) in the vulnerable areas in collaboration with the thromde.

Officials said that they also visited pharmacies across the Indo-Bhutan border to detect who are involved in the drugs trade.

“We informed our counterparts in India about the misuse of pharmaceutical products which are being sold to Bhutanese,” said an official.

They said police carry out frequent patrolling along the border areas and conduct inspection twice a week along the highway as Samdrupjongkhar is the gateway to eastern Bhutan.

The team forwarded more than 80 abusers to the drop-in centre at Bhutan Narcotic Control Authority (BNCA) for counseling.

As per official records, police since 2017 have arrested 82 persons out of which 76 are Bhutanese for their alleged involvement in drug trafficking and abuse case.