According to the bulletin on Covid19 released by the directorate of information and public relations (DIPR) on Friday morning, of the total positive cases registered in the state so far, 3,013 are males while 1,081 are females.

The new positive cases were detected during Covid19 tests at Zoram Medical College (ZMC), the only medical college in Mizoram.

The deadly disease has so far claimed the lives of 7 people in the state.

So far a total of 3,929 patients, who were earlier infected by Covid19, have been discharged after their recovery from the disease. 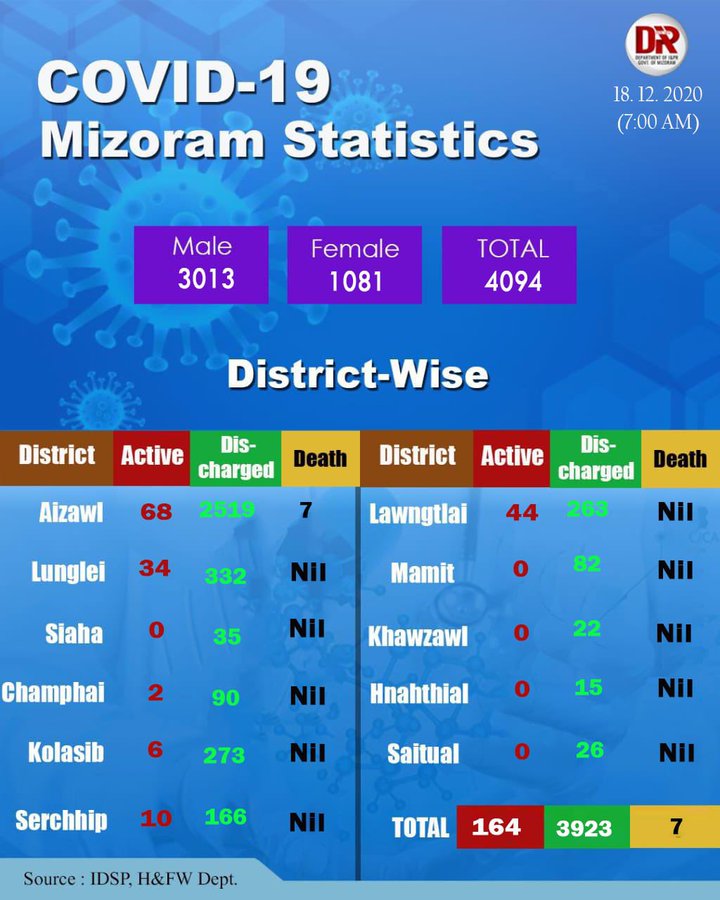