Interview| If people lower their guard, there could certainly be another wave of Covid: Expert

When Delta variant develops additional mutations of possible importance, it is called Delta plus 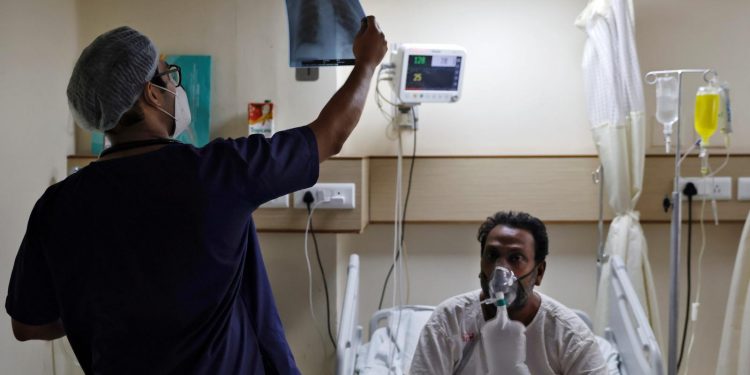 Dr. Anurag Agrawal, Director, Institute of Genomics and Integrative Biology (CSIR), New Delhi, in an interview said that when a virus multiplies in a host’s body, it makes millions of copies.

Excerpts from the interview with Dr. Agrawal

What is Delta variant? Why has it become a global concern?

A mutant variant of SARS-Cov-2, B.1.617.2 is now named Delta variant. It has mutations in its spike protein, which makes it more transmissible and able to evade immunity. It has already spread to 80 countries across the world. After India, now it is spreading fast in the UK, in some states in the USA, in Singapore and Southern China.

What is Delta plus variant?

When Delta variant develops additional mutations of possible importance, it is called Delta plus. As of now, the K417N mutation, which was previously seen in the Beta variant is what people usually mean when they say Delta plus.

This is not a Delta / Beta hybrid, but a case on convergent evolution where mutations develop independently. The more correct name is AY.1 or AY.2.

In my opinion, regions that have already suffered from Delta outbreaks should not have a major problem with Delta plus, since I expect there to be reasonable cross-neutralization of Delta plus by antibodies raised against Delta. Thus, I do not see an immediate threat or any reason to panic.

Delta plus is not rising faster than Delta in the previous month, so that is somewhat confirmatory. However, the Indian SARS-CoV-2 Consortium on Genomics (INSACOG) is keeping a close watch since any Delta sub-lineage is a variant of concern meriting further investigation.

Are we going to see a third wave soon as some are predicting?

A viral outbreak begins by infecting the most exposed or vulnerable population in an area and then spreads by infecting more and more people who are susceptible. People who get the infection and recover develop some natural immunity against the virus. Then, there are people who acquire immunity post-vaccination. When enough people become immune resistant, the virus cannot propagate easily and cases diminish. After some time, when the immunity fades or the virus evolves to evade it, it strikes back and starts spreading again. You may call this cycle a wave.

If we look at the entire country, we cannot say that the recent wave was just a second wave. For example, in Delhi, it was the fourth wave— the first in June last year, and then in September, followed by one in November, and then now.

Many people want to know when there will be the next surge. I don’t think it will come anytime soon as the Delta variant caused this surge across the country. A majority of people will have immunity against it right now. So while I expect localized outbreaks, I don’t expect a big national wave anytime soon.

Of course, if the virus mutates drastically to evade this immunity, and more importantly if people lower their guard as they did a few months back, there could certainly be another wave. Right now, vaccination is going fast, viral evolution takes time, and we are tracking the mutations at INSACOG, so I am hopeful that the size of future waves can be kept small.  Do remember that the virus is still there and while we have some time, we must use it well. So, we need to take reasonable precautions, promote vaccination, but not panic.

How does mutation impact the efficacy of the vaccines?

Some mutations on the virus’s spike protein may not allow the antibodies developed after immunization to bind to it. In such cases, the mutant can escape the immunity and cause disease. So far, currently available vaccines are efficient to prevent severe disease by mutants but have reduced effectiveness in preventing infection.

What leads to a mutation in a virus?

When a virus multiplies in a host’s body, it makes millions of copies. But some copies are not perfect replicas; they develop some differences, which are termed as mutations. The ability to escape human immunity makes some mutations advantageous. These may then propagate better than parent lineages and appear as mutant variants, such as Delta.

These are wrong choices of words used to oversimplify things. All current lineages carry many mutations. But only a few mutations, which lead to more infections or increase the severity of the disease, matter.

Does India track mutations through genome sequencing? Why is it important?

Yes, India does track mutations in the virus. Tracking helps in determining the risk of outbreaks from existing variants and also helps determine new ones of concern.

What is the difference between a strain and a variant of a virus?

Technically it is one strain until there is a very major change in the virus, which is not yet the case. Variant or lineage is a better word to describe mutations in a virus that are leading to the changes being seen.

Does it mean scientists will have to invent new vaccines for each mutation happening?

We don’t need to redesign the vaccine for every mutation. Some, for example, E484K mutants, may need tweaks to the vaccine. We are already seeing such versions for mRNA vaccines.

Do vaccines that are currently available in India give protection against mutant COVID virus?

Yes, all available vaccines are protecting against severe disease.

Why does ‘mutation’ or ‘strain’ create a sense of panic?

Mutations in a virus are inevitable. There is no need to panic. People need to take precautions and follow Covid-Appropriate Behaviour (CAB). CAB is effective against all mutations. Also, as said earlier, vaccines are protecting against severe disease.

Why is vaccine so important?

While Covid Appropriate Behaviour can protect us from catching the infection, vaccines also reduce infection and transmission rates. Most importantly, they reduce the chances of developing the severe disease by over 90%.

The above has been produced by the National Media Rapid Response Cell (NMRRC) and Union Ministry of Health and Family Welfare (MoHFW).