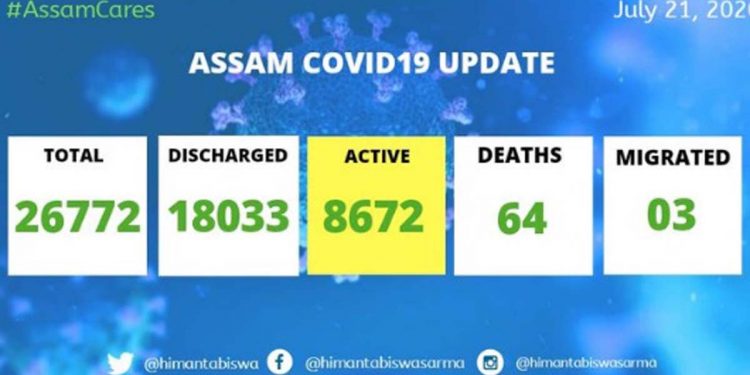 The health minister informed that a total of 18,152 tests were carried out in 24 hours in Assam and the state’s  “positivity” rate is 9.2%.

Earlier, a total of 18,033 patients have recovered from the disease.

Meanwhile, the COVID19 death toll in Assam mounted to 64 as 6 more positive patients died on Tuesday due to infection while 938 other patients recovered from the disease on the day.

Confirming the death of the 6 COVID19 positive patients, Assam health minister in a tweet on Tuesday said out of the 6 victims, two are from Kamrup Metro, two others are from Kamrup Rural and one each from Darrang and Dibrugarh districts.

The health minister confirmed that all these six patients “succumbed to COVID19”.

With the release of 938 more patients on Tuesday, the total number of COVID19 patients discharged from the hospitals in the state now stands at 18,033.