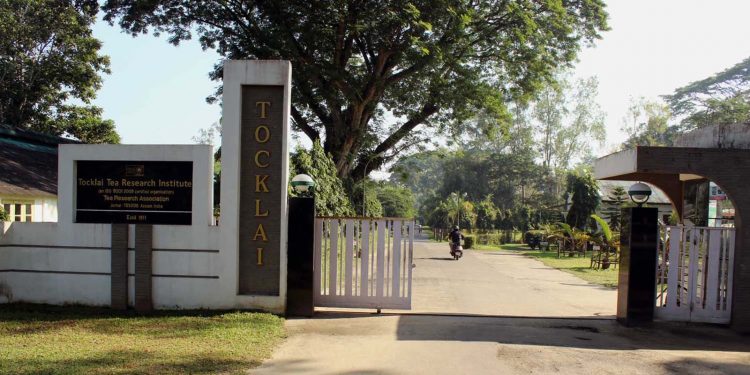 The Tocklai Tea Research Institute (TTRI), the oldest and largest tea research station of its kind in the world, located in Assam’s Jorhat district, has been suffering from severe financial crisis.

According to media reports, financial crisis has affected the works at the tea research institute. However, the authorities said necessary measures are being initiated to tackle the situation.

The employees of the research institute have reportedly alleged that they have not received salary components like provident fund and insurance for several years.

They also have launched strike demanding release of assured funds and appointment of scientists so that research works are properly conducted in the centre.

The staff members of the research centre staged protest for the second day on Tuesday, say reports.

The protesting staff members said the retired employees have not received their dues completely.

Reports quoted the director of the Institute, AK Barooah, as saying that the financial problem of the institute started during the period from 2012 to 2017.

“Since then there has been a backlog. We have not been able to pay dues to even the retired employees,” director Barooah told a news agency.

To give a boost to the tea research in India during the British regime, the Tocklai Experimental Station was created in 1911.

The Tea Research Association (TRA) was formed in 1964 with Tocklai at the centre of all activities which expanded the horizon of tea research for covering the entire Northeast India.

The station was renamed as Tocklai Tea Research Institute (TTRI) in 2014.

In Tocklai Tea Research Institute, Jorhat, research is carried out on all aspects of tea cultivation and processing.

Tocklai has its regional R & D Centre at Nagrakata in West Bengal.

The director of the institute, AK Barooah said the main research works have been affected due to the financial crunch, however, some externally-funded projects are going on in the institute.

According to information, the tea industry currently funds 64 per cent of the budget of Tocklai Tea Research Institute (TTRI).

The Centre does not provide financial aid directly to Tocklai TRI or TRA. The fund is released to the tea Board which releases fund to TRA as the approved guidelines.

It may be mentioned that the department of commerce in the ministry of commerce and industry has instructed the Tocklai TRI authority to become financially self-sufficient.

The institute director informed that they have focused on generating funds.

Barooah informed that due to lack of funds they have failed to recruit scientists in the way they want. However, “a few have been appointed in a phase by phase manner”.

Baruah held an industry lobby responsible for hindering direct control of TTRI by the Centre.

“We want full government funding and also declaring TRI as an institute of national importance so that work is not hampered,” reports further quoted Baruah as saying.