Half of world sandy beaches will vanish towards end of Century: Report

According to the study, sea-level rise, due to climate change will cause more coastal flooding and coastal erosion 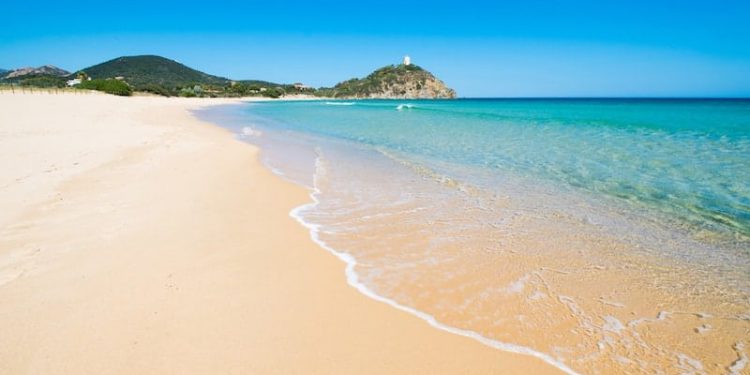 The rising of sea-level increases the coastal erosion and poses huge threat to the coastal areas.

Due to the high and rising concentration of Greenhouse Gas (GHG)s the temperature of the earth atmosphere is significantly soaring high. The increasing trend of global warming resulted in sea – level rise across the globe. The glaciers in every corner are rapidly melting down and water flows to the sea through numerous rivers.

The rising of sea-level increases the coastal erosion and poses huge threat to the coastal areas. The crisis, sea-level rising, destroys the coastal livelihoods and coastal ecosystems. The water of seas moves inward due to inflated sea water and towards the end of the century about half of the sandy beaches will disappear, says a new study ‘ Sandy coastlines under threat of erosion’ published on March 2 in a science journal ‘Nature Climate Change’.

According to the study, sea-level rise, due to climate change will cause more coastal flooding and coastal erosion. Sandy beaches occupy almost one-third of the world coastlines. The values of sandy beaches are immense – high economic value to recreational activities, tourists’ attraction and potential ecosystems.

Not only beaches but sea-level rise submerges many Caribbean and Mediterranean islands and low-lying areas of many countries. Large beaches will also be narrowed down by the global warming.

The researchers of the study projected the future impacts based on 30 years of observations on anthropogenic and geological changes. The study also says that by the end of this century, 63 per cent of low-lying coastal regions will be threatened worldwide.

Coastal beaches are highly impacted by meteorological, geological and anthropogenic factors. Moderate GHGs emission could reduce the risk of 40 percent of shoreline retreat. But according to a report by Inter-governmental Panel on Climate Change (IPCC), if the current increasing emission rate of carbon dioxide continues, the sea water will be rise 80 cm a total of 131,745 km beaches, or 13 percent of planet’s ice free coastline will go under water.

Several other reports are also raising questions on safety of of millions of people living in or near coastlines. Another study, by a US based organisation ‘Climate Central’  published in the journal ‘Nature Communications’ last year predicts 36 million Indian people will be affected by chronic flood and globally this figure could be 300 million.

Extracting from the report, the UN Secretary General Antonio Guterres told the most vulnerable areas likely to be affected by rising sea-levels are in Japan, China, Bangladesh and in India but it doesn’t mean that other countries except landlocked countries are also not free from the affects of sea level rising.

Adapting to these climate driven events is very expressive and in some parts it would be impossible. The people living in the coastal or low lying regions must trained and equip with to be resilient.