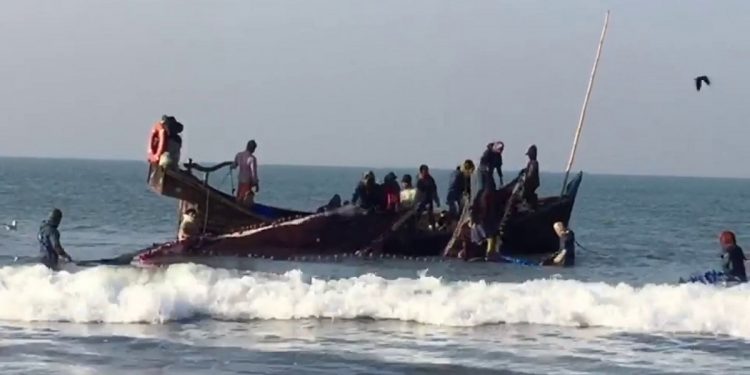 Internews’ Earth Journalism Network is offering grants to at least 10 journalists based in eastern India and coastal Bangladesh to report on critical issues related to climate change that are driving notable responses.

The grants will support the production of in-depth stories tied to resilience and climate change adaptation, particularly among people or groups most at risk from global warming.

The focus should be on improving access to quality information and raising awareness among policymakers and impacted communities.

These grants will support the production of rigorously reported, innovative stories aimed at better informing these at-risk communities of the tools that can help them build resilience in the face of the climate crisis, as well as the limitations of certain responses and their ability to set examples for other parts of the world.

If selected, journalists will receive an average of US $ 1,300 in funding to cover travel and field reporting costs, with some flexibility for in-depth stories using innovative and investigative approaches that may be more costly to produce.

The story grants are provided as part of EJN’s Bay of Bengal project, implemented by Internews with generous funding from the Climate Justice Resilience Fund.

Ideas should focus on how people in the Bay of Bengal region are responding to climate change by asking questions such as:

How are early-warning systems and disaster mitigation being adapted to account for climate change and increasingly severe weather?

How are planting techniques and seed varieties being made more resilient to things like drought?

How are people with disabilities affected by and responding to climate change?

What impact is a warming world having on human health or wildlife populations?

How are people who have migrated to avoid climate change’s effects – particularly fishing communities – adjusting? What do their lives look like now?

Who are the female champions promoting conservation or adaptation?

Stories that report on solutions and coping strategies rather than problems are of particular interest.

Grants are open to early- or mid-career journalists:

Stories can be done in English or local languages, or both.

If applicants intend to write or produce stories in local languages, the English translation of the product should be provided.

From all types of media outlets – both large and small, freelancers or staff reporters.

From international, national, local and community-based media — though preference will be given to applicants whose media outlets have a significant portion of their audience in the coastal regions.