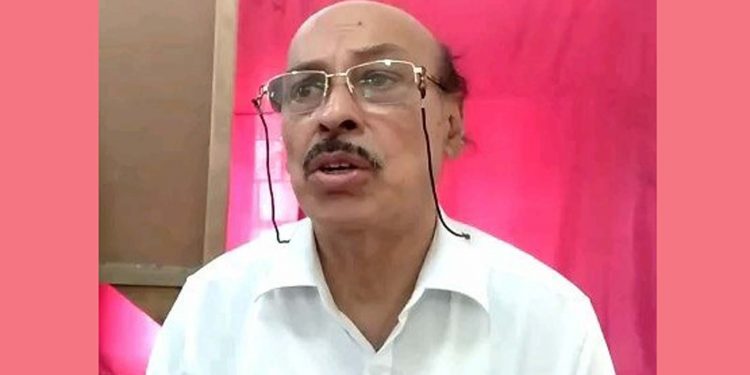 Award winning environmentalist Subhas Dutta has decided to lodge a case against alleged commercialisation of Gandhibagh Park at Silchar.

The park has been making headlines after its foundation stone was laid by Assam urban development minister Pijush Hazarika on September 5 last.

Upon reaching Silchar on Wednesday evening, Subhas Dutta first surveyed the entire Gandhibagh Park and later took photographs of the 18 bighas of land.

It has been alleged that the BJP-led Silchar Municipal Board is planning to turn the park into a commercial hub.

Meeting the Cachar deputy commissioner, Laya Madduri, Dutta submitted a memorandum to look into the matter with utmost concern.

Dutta also met the media persons and expressed his observations and willingness to fight a legal battle to stop the park from being commercialised.

Subhas Dutta said, “There is a law in our country related to environment. Apart from the Environmental Impact Assessment (EIA) and Environment Management Plan (EMP), the law also sees that environment sensitive zones like parks cannot be commercialised.”

He added, “I have taken photographs of the place and found that there are plaques showing Dr Manmohon Singh giving Rs 10 lakh from his MP LAD fund and in some other year giving another Rs 5 lakh.”

Dutta also said, “The present government under its AMRUT scheme extended close to Rs 2 crore for the development of this park in 2016-17. My question is as to how many times you need to develop one place?”

The environmentalist questioned, “If the government can extend financial assistance from time to time, then why there is the need for a private party to come forward and take the onus of developing the area?”

“If I take into account that they indeed would develop the park, then why commercialisation of the area comes into the picture,” questioned Dutta.

As per his observation, “the land-man ratio of Silchar town is now at an adverse position as high rise buildings are coming up and the greenery of this place are being erased.”

“Having seen all of it, for me, this park, which is in the heart of this town, is like an ‘oasis’ and I personally feel this park should be declared as a  heritage zone,” said Subhas Dutta.

Dutta further said, “We have not taken this land from our predecessors. Rather, we are trustees of our future generation. I have questioned the Cachar DC whether the Silchar Municipal Board has the power to do such a thing, to which, she said, probably ‘no’.”

“My personal observation is that what the Silchar Municipal Board is planning to do is not permissible in the court of law or even by a judicial forum.”

It may be mentioned that, India Today awarded Subhas Dutta as one among 50 bringing about a change in India and Hindustan Times awarded him as one among 25 change-makers of the country. The Telegraph last year honoured him with the ‘legendary’ title.