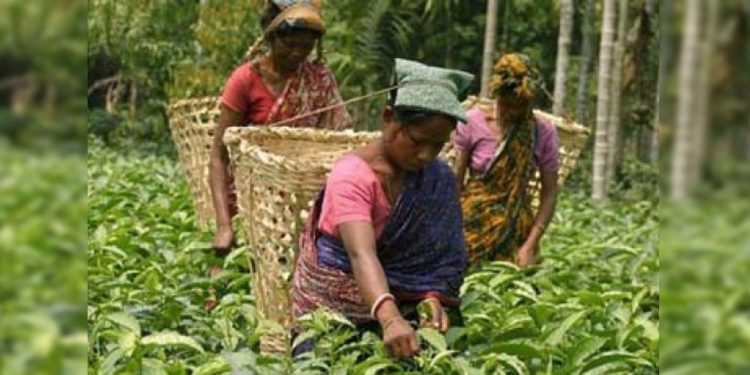 The Charaideo district administration has allowed the small tea growers to start their plucking activities with a maximum 50 per cent of workers from Friday.

In a meeting held on Thursday at the office of the deputy commissioner, it was also resolved that the bought leaf factories (BLFs) can also receive green leaves supplied by the small tea growers.

The meeting was presided over by deputy commissioner Palash Ranjan Gharphalia.

“Permission has been accorded to the small tea growers to start plucking and to supply green leaves to the bought leaf factories but they have to strictly adhere to the principle of social distancing and other norms set in the wake of COVID19 pandemic,” said Gharphalia.

“Further, our teams will monitor the same on regular basis and if any discrepancy is found, the permission will be cancelled and legal actions will be initiated. The bough leaf factories need to apply for permission and the same will be given after proper scrutiny,” the DC added.

The DC made it clear that the permission is meant only for small tea growers and bought leaf factories.

“We still have not given any permission to big tea gardens to start their operations,” Gharphalia added.

“The decision has brought succour to us as due to the ongoing lockdown no plucking has taken place and the leaves are getting damaged with every passing day,” said Mohendra Phukan, secretary of CDSTGA.

“We have been asked to maintain proper hygiene and facilities for sanitisation in our gardens,” said Phukan.

“The agents, who supply green leaves, need to apply through us to the respective bought leaf factories with photos of the driver and helper of the vehicle,” said Phukan.

“After that, they will have to obtain a countersign of the factory manager and obtain permission from the office of the deputy commissioner,” he further said.

According to Phukan, Charaideo district has nearly 12,000 small tea growers and more than 10 bought leaf factories.

In Golaghat, the district administration has called for an urgent meeting to discuss the tea garden matters in the conference room of the circuit house on Friday.

Dispur earlier made it clear that all the easing in curbs shall be with due permission of district authorities and as per accordance with health department norms of maintaining social distance to prevent community spreading of the COVID-19 infection possibility.

While the Udalguri district administration permitted the tea gardens to carry out skiffing operation and irrigation to avoid economic loss, the administration in Darrang has allowed the tea industries to operate including plantation with 50% workers, Barkakoty said.

However, the managements of the tea gardens are asked to ensure the measures of social distancing, proper hygiene, hand washing, and sanitisation.

The managements have also asked to ensure compliance of all safety norms, Borkakoty added further.