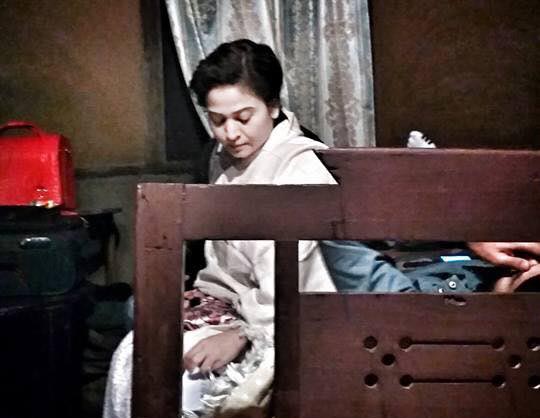 A still from the film Bhoga Khidikee

It premiered at the second edition of the Guwahati International Film Festival (GIFF).

It tells the story of an educated woman Togor whose calm and peaceful world comes crashing down after her childhood sweetheart Koncheng becomes a militant.

The mother-daughter relationship is showcased perfectly.

Barua said that films showcases the traditions and ethics of different societies and one should not be ashamed of showing it.

The Padma Bhushan award winning filmmaker also said that he makes films on the experiences and situations he  has faced throughout life.

Barua showcased old traditions of Assamese society that have disappeared in the modern times like in one scene it is  shown that Togor’s grandfather was forcing her father to take an oath that he would never beat his child, reports The Morung Express.

He said “The name Bhoga Khirikee is a metaphor symbolising the Assamese society. It is through this window that I wish to paint a picture of the world around us”.

According to Barua, films help in fighting social evils and he attempts to do that with his films.