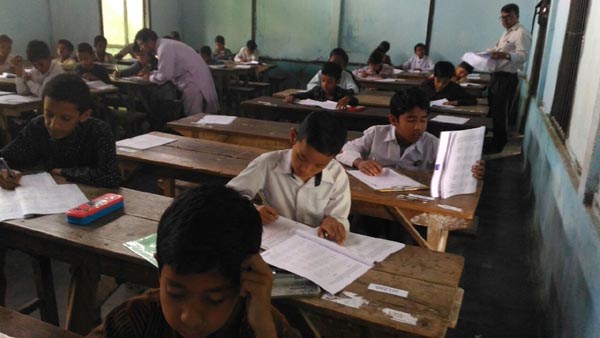 A record 1,570 candidates appeared for the open admission test of class VI in Jawahar Navodaya Vidyalaya , Darrang  held on Saturday.

The admission test was held in seven different venues including three in Mangaldai and two each in Sipajhar and Kharupetia .

The examination has been conducted in a sincere and transparent manner under strict supervision of Inspector of Schools, Principal of DIET, Darrang and local media.

It may be mentioned here that this year around 2367 candidates registered in both online and offline mode and out of these 1,570 appeared in the test for a vacancy of 80 seats for the current academic session.

This figure is almost triple in comparison to that of the 2017. As per the record available in the institution in 2017,  a total of 817 candidates registered and 644 appeared in the test .

Meanwhile talking to Northeast Now correspondent, P Rajesh, Principal, JNV, Darrang attributed this response from the children and parents of the district due to the concerted efforts of the teaching, non teaching staff, members of different school development committees under the supervision of the Chairman of thand Deputy Commissioner Ashok Kr Barman .

The selected meritorious students can avail free education and boarding facilities up to the class XII standard  in the institution which is the only  residential school in the district run by the Ministry of HRD, Government of India.