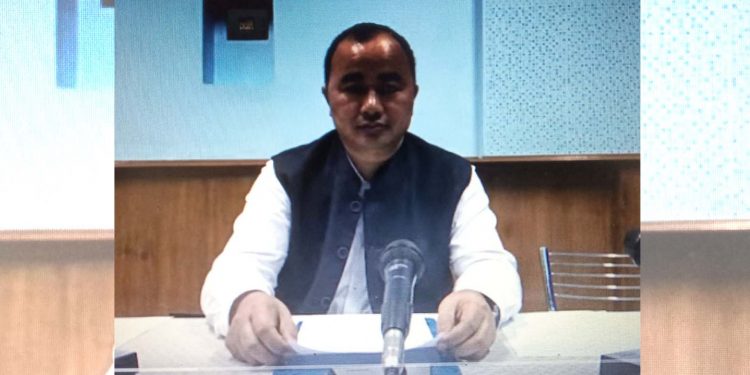 He said the ongoing class-12 examination have to be postponed abruptly due to lockdown at a time when about 4700 students are about to finish writing their examination on three subjects.

“The examination will be resumed on 22 April till April 24 in three remaining subjects in 84 centres across the State,” he said, adding that social distancing norms will be followed strictly during the process.

He said resumption of examination was inevitable and the issue has been discussed by the Cabinet and meeting of NGOs and political parties on Monday.

Ralte said the State Government has also launched visual classes on television to bridge the gap in education system and reduce the inconvenience of the students.

The home classes was started on Monday and telecast on Doordarshan Kendra Aizawl between 3 pm and 5 pm for class-10 students in Science and Mathematics.

He said online tutorial classes will also be started for class-9 students from next week.

The home classes which are broadcast on Doordarshan Kendra, Aizawl are uploaded on YouTube, he said.

Ralte urged the students to attend the televised classes from their respective homes with notebooks and pens in their hands and also make use of the online tutorial uploaded on YouTube.

As per the school calendar, the new academic session (2020-21) began on April first.

The State Government had on March 17 temporarily closed all educational institutions as a precautionary measure to prevent the spread of coronavirus in the State.

The education minister said the State Government is currently organizing poster making competition for students of primary schools and middle schools on various topics from Monday.

The competition will be concluded on Friday, he said.

He said that a short video clip competition is also being held among primary school teachers on the topic ‘innovative practice in teaching’.

He said similar competitions will be organized for middle school students from next week.