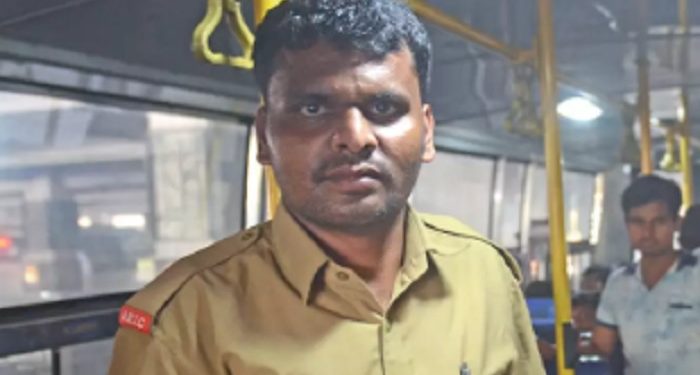 A bus conductor of Bangalore, Madhu NC has just proved that hard work and constant determination are the keys to achieving success in life as he had recently cleared the Union Public Service Commission (UPSC) mains examination, 2019.

As per reports, Madhu is now looking forward to cracking the interview on March 25 next.

The 29-year-old man would study for five hours daily and performs his duties as a bus conductor for eight hours.

According to Madhu, the job of a bus conductor is a taxing job as he has to jostle among the people on a bus to make sure that every passenger has paid the requisite amount of fare.

In order to support his family, Madhu started working from the age of 19 as a conductor after completing his school.

He then completed his graduation and post-graduation through distance learning and now holds a Master in Political Science degree.

He also said that the managing director of Bangalore Metropolitan Transport Corporation C Shikha has been guiding him in preparing for the interview.

He also watches a lot of YouTube videos to strengthen his level of preparation for the upcoming UPSC interview.

Although Madhu had failed in Karnataka Administrative Services (KAS) examination in 2014 and could not clear UPSC in 2018, he did not get disheartened and his strong determination and hard work led him to achieve a huge level of success.