Bitupan Arandhara, the topper and Ayan Kaushik Mahanta, the 5th position holder in science stream are also from Lakhimpur 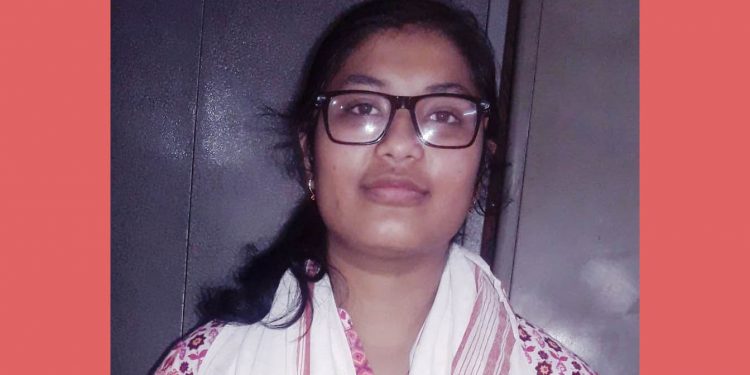 She is the daughter of Rameswar Nath and Maya Gogoi of Chetiagaon, in North Lakhimpur.

Sibani’s result once again has brought laurels to Genius Academy’ which has set a record of producing highly successful candidates in the HS Examinations.

Talking to Northeast Now, the director Genius Academy, Dr Mukunda Rajbangshi, expressed his utmost satisfaction at Sibani Nath securing position in the merit list and attributed it to the great effort and sincerity of the teachers in imparting quality education to students.

It may be recalled that Genius Academy Junior College in North Lakhimpur has been achieving tremendous results in HS Examinations under AHSEC since 2012.

Meanwhile, the entire Lakhimpur district has been in raptures since morning as two more students from the district have brought laurels by securing positions from institutes outside the district in the HS Examinations 2019.

Bitupan Arandhara from Kona Nadi, Lakhimpur secured the top position in the science stream by securing 478 marks out of 500 marks.

He got letter marks in English, Assamese, Chemistry, Physics, Statistics and Mathematics.

Similarly, Ayan Kaushik Mahanta of Narayanpur in Lakhimpur has secured 5th position in the HS Examination in the science stream.

He secured 473 marks out of 500 with letter marks in English, Assamese, Chemistry, Physics, Mathematics and Biology.

The overall result of HS Examinations under AHSEC this year from Lakhimpur district is quite satisfactory.

In the arts stream, 87.1% students passed the examination while in the science stream, the pass percentage is 91.2% and in the commerce stream it is 78.43%.