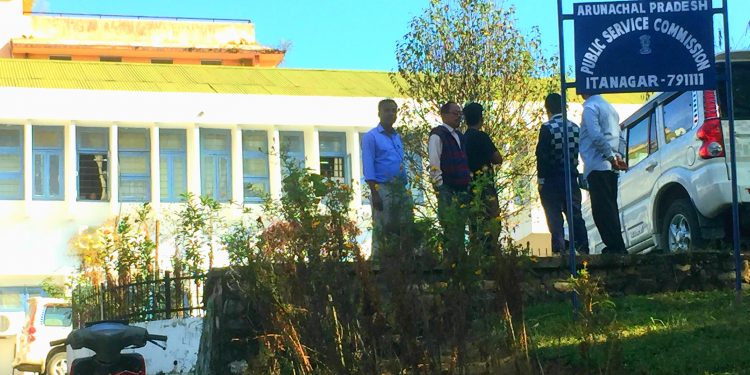 The meeting reviewed the commission’s preparations for the forthcoming combined competitive examinations of the State.

The APPSC is the state agency authorized by the Government of Arunachal Pradesh to conduct civil services examination for entry-level appointments to various state government departments and services and to advise the government on civil service matters.

During the meeting, the Governor said the public service commission is a critical institution, which instills the sense of transparency and fair-play amongst the aspiring youth for the state civil, police and other services competitive examinations.

“APPSC is the only institute which provides officers for good administration and governance and assists the political leadership in ensuring the welfare and wellbeing of the people,” he said.

Emphasizing on creating an annual calendar for APPSC examination on the line of union public service commission, the governor said the same would immensely benefit the examinees, the APPSC management as also the state government.

Mishra said crystallization of the way forward for the public service commission is the need of the hour.

“Its rules and procedures for conducting examinations must be impeccable and leave no scope for complaints and litigations,” he said.

The Governor further said there must be an integrated team effort from the commission, state government, civil administration and police’s end to conduct the APPSC combined competitive examinations properly.

He directed the stakeholders to work in unison and perform in order to raise the reputation of the state in good governance and administration.

Sharing his observation, chief minister Khandu said that the officers selected by the commission are the medium through which policies and programmes of the government are implemented.

“The improved efficiency of the public service commission will greatly help in more effective delivery of governance to the last mile,” he said.

Khandu reposed his hope that timely conduct of APPSC examinations will improve the work culture and work efficiency of the state government.

The chief minister also assured all assistance from the state government to the APPSC for its optimum performance.

“The state government is already addressing the issues raised by the commission, including the establishment of a new office building and appointment of a law officer,” he said.

APPSC chairman Nipo Nabam and secretary A R Talwade highlighted the tasks, challenges and the initiatives of APPSC for the conduct of the combined competitive examination and viva voce through a powerpoint presentation.