On Monday, two MLAs of the BJP which include health minister AL Hek and Sanbor Shullai defended the MDA government and said that any statement against the government should be first brought to the knowledge of the BJP parliamentary party 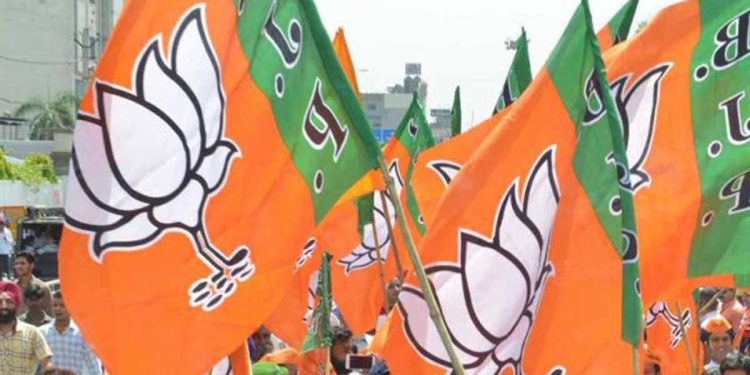 Meghalaya BJP president Ernest Mawrie seemed to have not taken into confidence his two MLAs while lambasting the Meghalaya Democratic Alliance (MDA) government on a number of issues.

The two legislators of the saffron party have said that statements against the government should be made only after “taking the elected MLAs into confidence and raise issues through an appropriate and accepted forum.”

The BJP is part and parcel of the coalition government in Meghalaya led by the National People’s Party (NPP).

On Monday, two MLAs of the BJP which include health minister AL Hek and Sanbor Shullai defended the MDA government and said that any statement against the government should be first brought to the knowledge of the BJP parliamentary party.

“If there is any grievance or problem, it should be brought to the BJP parliamentary party so that the MLAs take up with the government for redressal or corrective measures because the party is part of the coalition government. If the government does not pay heed, then it is a different issue that we should again sit and decide what we should do,” Hek said.

Meanwhile, Shullai wrote a letter to the Meghalaya BJP president, Ernest Mawrie on Monday and urged all party leaders to bring forward all issues related to the government to the designated platform and to refrain from going public about the issue before it is heard and given a chance for clarification.

“The BJP is a strong partner of the MDA government as the formation of the ruling government was an initiative taken by the Central leaders of the party, collectively with other alliance partners,” Shullai said in the letter.

According to Shullai, the present political development arising out of the continuous statements made against the state government by the BJP’s state office bearers have created a sense of uneasiness in the minds of the people.

“The alliance partners NPP and UDP are also part of the Northeast Democratic Alliance (NEDA) in the region. Such continuous public threats through media houses put a huge question mark over the decisions made by the Central leadership at the start of the alliance,” he said.

“It not only affects the smooth functioning of the government and also creates a negative image of the party,” he added.

“Despite repetitive efforts of all coalition partners to bring all issues and standing irregularities through a coordination committee comprising all political parties of the present MDA government, such statements and accusations from the state leaders are not well appreciated by the coalition partners,” he further said.

“Allegations and counter-allegations are part of democratic setup but need to be done with glaring and substantial evidence,” Shullai added.

Shullai, who is also one of the vocal legislators in the state sought to know if Central leaders were aware of the multiple allegations made by state BJP office-bearers.

“The big question, however, is whether Central leaders were aware of the multiple allegations made by state BJP office-bearers,” he said.

“If so, then it is imperative that the Central leaders should also take the party MLAs into confidence who are the elected representatives,” the BJP legislator said.

“Being a partner, attacking the government questions our very intent and existence in the government. For important matters that are not being resolved at the state level, the Central leaders and state in-charge will have to step in,” he said.

Our Chief Minister who is also the chairman of the present-day coalition has always supported the BJP, since the last two and half years, even when there was a widespread protest against BJP in the state of Meghalaya,” Shullai added.

Shullai also said that the party has always supported the Chief Minister who is also the Chairman of the coalition and has put trust and faith in him and other allies.

“It is of utmost urgency that I will request the CM to call for an all government party meet to address and resolve all issues glaring at us so that the trust and working coordination is restored among all alliance partners,” Shullai stressed.

“Such repetitive media statements are only projecting the government of which we are part, in poor light as people are raising the question of our party stand,” Shullai said.

Shullai further informed that during the meeting of the BJP core committee on October 2, it was decided that henceforth all press statements against the government should be made only after taking the confidence of both the elected MLAs and through an appropriate and accepted forum.

However, in spite of the decision being taken, a repetitive press statement is being made time and again by the state office bearers which is in violation of the resolution adopted during the core committee meeting.

While stating that he puts his faith and trust in the BJP state president, Shullai, however, asked him to exercise restraint from making repetitive press statements which project the government of which the BJP is part within poor light.

Earlier, Mawrie had repeatedly lambasted the MDA government over corruption issues in the two district councils and the state including alleged.