Allegations against Rakibul: APCC issues show cause notice to Anil Raja as infighting in Cong comes to fore 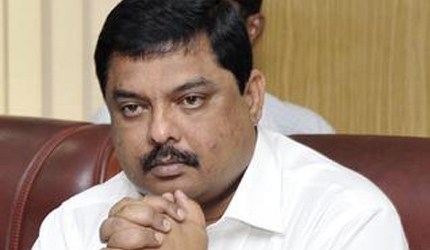 Meanwhile, Hussain has also said that he would take legal action against Raja for bringing ‘baseless’ allegations against him. While the APCC has been quick to initiate its damage-control mode by sending a show cause notice to Raja, it has, however, exposed the infighting within itself.

Addressing a press conference on Saturday, Hussain said, “The ruling (BJP) government is trying to create pressure on us through people like Raja. Raja is scared and he is being forced to say all these. Why didn’t he make such allegations before? The timing of his allegations is sketchy. This is a planned attack against us. Either, they are trying to bring Congress leaders on their side or finish their political career with this kind of allegation.”

“I wouldn’t deny that I was born in an affluent family. Our family owned land but much of that was lost due to the Ceiling Act. We also donated our land. So, now allegations like these are very painful,” he said.

Meanwhile, Raja, who had unleashed tremors within the APCC with his allegations against Hussain involving in rampant corruption and having large number of ‘illegal’ property across Assam and outside the State, further stated on Saturday that Hussain has been “maintaining close links with Health Minister Himanta Biswa Sarma,” who was earlier a Congress leader.

It may be mentioned that once upon a time, Himanta and Rakibul were colleagues in the Cabinet of Tarun Gogoi and also close friends. They even used to sit together during the Assam Legislative Assembly sessions. Later, their relationship soured when Sarma joined the Bharatiya Janata Party (BJP) and both leaders were seen potshots at each other. In such a scenario, Raja’s allegations hold relevance.

Raja said, “Hussian is still close to Sarma and the former is benefitting from the association. It is evident from the fact that former ministers like Akon Bora and Gautam Roy have been grilled by investigative agencies but Hussain was not touched.”

However, if someone has been left red-faced in the entire episode, it is the APCC. A press release issued by the party also admitted that Raja’s statement has damaged the good image of the party. So, Raja has been served a show cause notice where he has been asked to reply within three days.