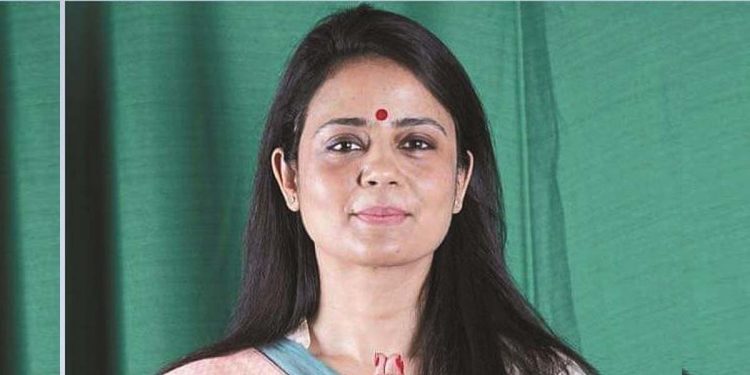 Trinamool Congress (TMC) MP Mahua Moitra on Saturday alleged that she was under surveillance and asked the Delhi Police to remove armed officials deputed outside her house in the national capital.

In a letter to Delhi Police, the TMC MP said three armed officers have been deputed outside her house without her permission.

She requested the Delhi Police to remove the armed officers deputed outside her house saying that she had neither asked nor wanted any protection from the police.

In the letter, addressed to SN Shrivastava, Commissioner of Police, Delhi, Moitra said: “This is to inform you that SHO, Police Station Barakhamba Road, had come to meet me at my residence yesterday (i.e., 12. February, 2021) around 1830 hours, and shortly thereafter, around 2200 hours, 3 BSF (Border Security Force) officers armed with assault rifles had been deputed outside my residence.”

She said the conduct of these armed officers indicates that “they are making notes of movements to and from my residence”. 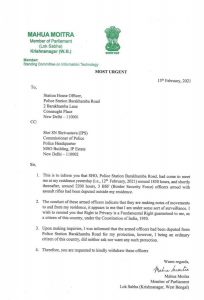 She said “it appears to me that I am under some sort of surveillance. I wish to remind you that Right to Privacy is a Fundamental Right guaranteed to me, as a citizen of this country, under the Constitution of India, 1950”.

The MP said after enquiry she came to know that the armed officers had been deputed Barakhamba Road Police Station for her protection.

However, she said: “I being an ordinary citizen of this country did neither ask nor want any such protection”.

Therefore, she requested the police commissioner to withdraw the officers.