Third wave of Covid19 is ‘definitely underway’ in the UK, claims expert 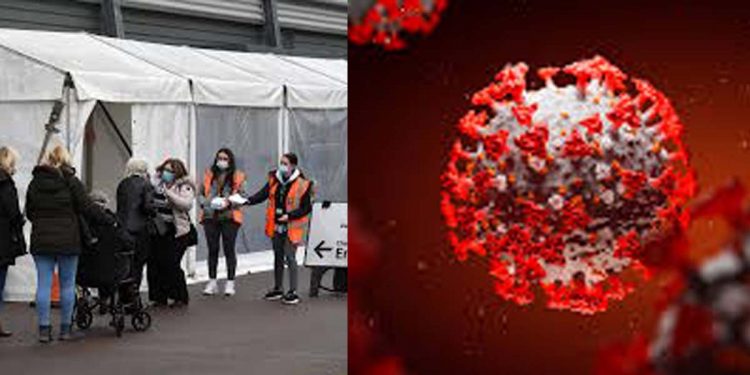 According to Professor Adam Finn, who advises the UK government on Joint Committee on Vaccination and Immunisation (JCVI), the country is now in a firm race between the vaccines and the Delta variant, which was first identified in India.

“It’s going up, perhaps we can be a little bit optimistic it’s not going up any faster, but nevertheless it’s going up, so this third wave is definitely underway,” a BBC report quoted Prof Finn as saying.

Prof Finn said “the race is firmly on between the vaccine programme, particularly getting older people’s second doses done, and the Delta variant third wave”.

The vaccination expert said the UK’s vaccination programme can outpace the Delta variant with the current rate of jabs, that have now opened up to all adults.

Saying that “there’s some grounds for optimism”, Prof Finn said, “The latest ONS (Office for National Statistics) figures continue to show a rise, but that rise has not accelerated quite as much as I’d feared over the last week.”

Prof Finn said “the race is on”.

“The sooner we can get, particularly second doses, into older people”, the rate of hospitalisation wave comes down.

“That’s the critical thing, that’s what’s grounded us all in the past,” the expert said, adding, “if we’ve managed to protect enough older people that we can avoid a great big surge of hospitalisations and deaths, then things will be able to move back towards normal.”

As per the latest ONS figures one in every 540 people is infected by Covid19 with the Delta variant now the dominant strain of the virus spreading in the country and accounting for almost all infections.

The report said according to the latest data from Public Health England (PHE), a single dose of Covid19 vaccine reduces the chances of a person to be infected by Covid19 and needs hospital treatment by about 75%, even with the Delta variant.

Besides, among people who received the recommended two doses of Covid19 vaccine, the chances of catching infection and being hospitalised by Covid19 was reduced by more than 90%.

Meanwhile, Covid19 is continuing to spread around the world, with over 178.9 million confirmed cases and 3,874,879 deaths across nearly 200 countries recorded since China reported its first cases to the World Health Organization (WHO) in December 2019.

The US remains the worst-hit country with 34,401,712 Covid19 positive cases, followed by India, Brazil, France and Turkey.

India on Sunday registered 58,419 new Covid19 cases in the last 24 hours, the slowest daily rise in 81 days, according to data shared by the Union health ministry.